Skip to content
Home Cool Gadgets Noise Shots XO: These Are Not the Buds You’re Looking For

Look, most Bluetooth earphones — especially truly wireless ones — are at least a little bit of a hassle to pair with a smartphone with the exception of some, including the Galaxy Buds which pair with Samsung phones the same easy way that AirPods (and AirPods Pro) pair with iPhones and iPads.

However, pairing the Noise Shots XO is frustrating and annoying. Here’s the process. 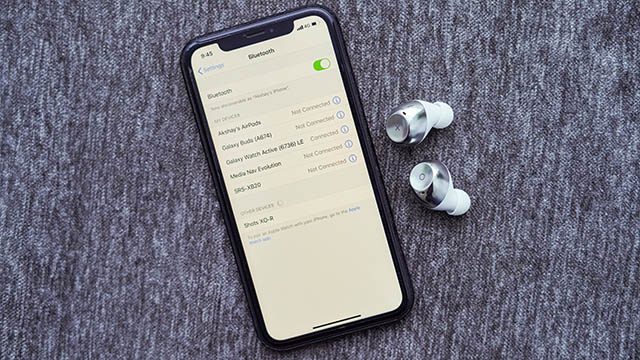 The thing is, one time out of three, this prompt doesn’t come up. I had to remove the paired right earbud from my saved devices and restart the pairing process to get this prompt to show up so I could finally start testing the earbuds out.

Then there’s the fact that if you have already paired these to some phone, and you want to pair them to another phone, you absolutely will have to read the manual to figure out how to go into pairing mode. Normally, earbuds use something like a long press to go into pairing mode, but not the Noise Shots XO. Here, you have to make a double tap on both the earbuds at the same time to put them into pairing mode. Then you do the entire pairing process, complete with the issues with the prompt not popping up that I described above.

Sound Quality: All About that Bass, No Treble

If there’s one thing I’ve come to expect from Noise’s earbuds, it’s a decent to good sound quality for the price. However, the Noise Shots XO sound like they are trying too hard. The earbuds push the bass way too high, it’s almost overpowering in songs with heavy bass-lines such as ReauBeau’s Cut You Loose among others.

See, I don’t have anything against companies pumping up the bass on their earphones and headphones, I’ve used Sony’s MDR-XB950BTs for years and I loved the Bass Boost functionality on those, however, where the Noise Shots XO fall short is in the way the sound is balanced… in that it’s unbalanced. With the Noise Shots XO, what happens is that the earphones push the bass so hard, it loses out on the mids and the highs, completely undermining them and making music sound at best muffled and weird, and at worst, absolutely obnoxious and annoying. 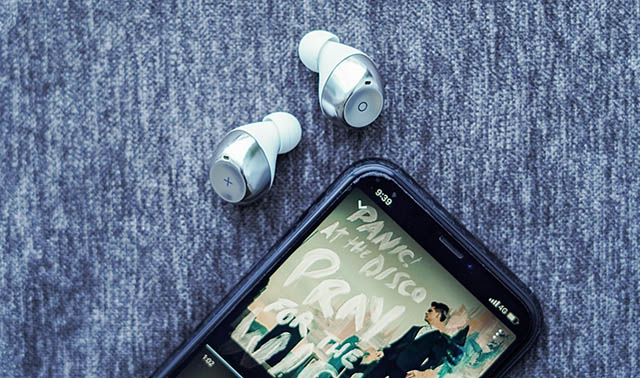 They do get loud, considerably so, but with the sound quality as in the rough as it is already with these earbuds, pushing the volume to anywhere above 80% usually sends everything crashing to the ground.

In my opinion, as far as the sound quality is concerned, the Noise Shots XO try too hard to be a good bass heavy pair of earbuds, and in trying to be the bass lover’s paradise, they end up being an entirely underwhelming affair.

Personally, I very much prefer the sound signature of the Realme Buds Air, which themselves aren’t the greatest, but they’re a lot better than these. Plus they are priced ₹1,500 less than the Noise Shots XO. The Realme Buds Air lack the thumping bass of the Noise Shots XO, but they have a fairly balanced sound output. At the very least, they won’t ruin your enjoyment of music, and what’s more important than the sound quality on a pair of earphones.

Design: Unique, But Not Very Functional

Normally this section would be right at the top, but since my overall opinion of these earbuds is that they’re not worth the money, it felt like a better choice to keep the issues right at the top.

The design of these earbuds, however, is one thing that I sort of have a love-hate relationship with. Let’s start with what I love.

First up, the case itself. It does look like a make-up mirror, or a compact mirror someone might have in their handbag, but it’s not a bad look at all. It’s certainly unique, and it doesn’t look like a dental floss case, which is a plus in my opinion. It’s also something of a conversation starter. 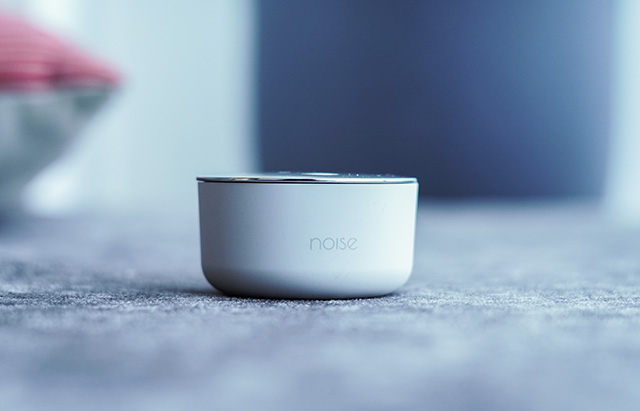 The earbuds are also well designed. They kind-of look like the Galaxy Buds, just slightly elongated in some places, but they’re not very heavy, and they certainly do fit well in the ears. That’s helped by the silicone earbuds that create a pretty solid seal so there’s no sound leakage. I also like the colour of these white ones here, they’re classy looking with just enough chrome to make them stand out without being too flashy — Noise has certainly nailed the aesthetics on these. 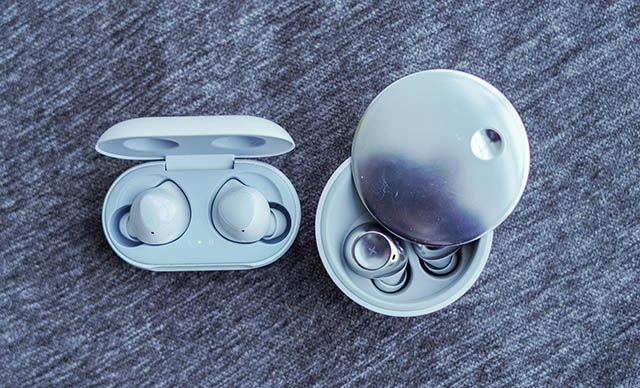 However, there are some problems as well. For one, the case doesn’t open the way you’d expect it to. The top rotates around to expose the earbuds inside, and it doesn’t rotate easily, which means you’re gonna have to apply a little bit more pressure than should be needed. Then, there’s the fact that the earbuds, while they do make a good seal, aren’t very comfortable if you’re looking to wear them for long. Noise’s silicone buds have their merits in the near-perfect seal that they make, but that also means you get that stuffy feeling of trapped air inside your ear canals. 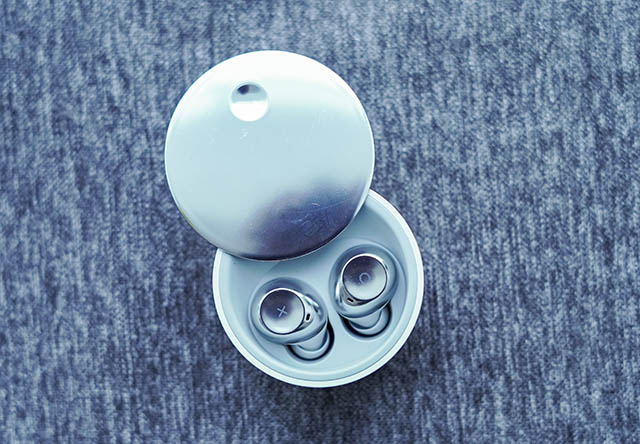 Personally, I haven’t been able to wear these for longer than around 30 minutes at a stretch. Obviously, your mileage may vary, but that’s just my experience with these earbuds. I find myself constantly going back to the Realme Buds Air because they are a lot more comfortable (although they aren’t the best either), and since they don’t have the silicone tips, they do leak sound, but they also don’t make my ears feel stuffy, which is not a good feeling at all.

One of the best things about the Noise Shots XO is the tap controls. Quite similar in their idea to the controls you’d find on options like the Realme Buds Air, and even something more expensive like the AirPods, these controls work pretty well thanks to the capacitive touch panels that make up the majority of the exterior of the earbuds.

Pausing and resuming media can be accomplished with a single-tap on either of the earbuds, while you can skip to the next or previous song by double-tapping on the right or left earbud respectively. That much is fairly intuitive. There’s also the option to launch the assistant with a triple tap on either of the earbuds, and it works with Google Assistant and Siri, so even if you’re an iPhone user, you don’t have to give up on using your voice assistant with these earbuds. 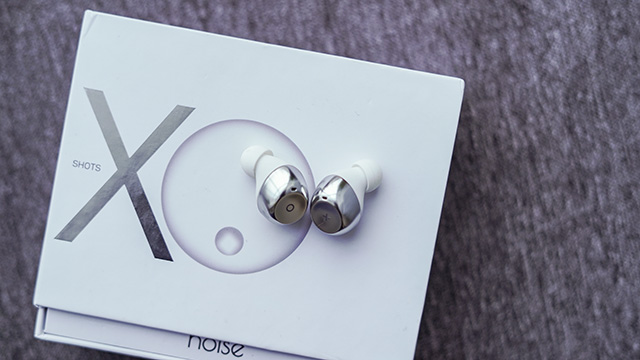 However, it’s worth noticing that if you sometimes like listening to music with just one earbud plugged into your ear, there’s a slight problem.

The Noise Shots XO do work individually, but there’s a catch. If you’re listening to music with both the earbuds in your ears and you decide on keeping one of them back in the case, here’s what will happen:

That’s slightly annoying, but isn’t entirely a new problem with truly wireless earbuds in this price range. At the very least, it’s great that these earphones don’t use main/secondary configuration, because that way you’d just not be able to listen to music with the secondary earbud when the main is in the case. 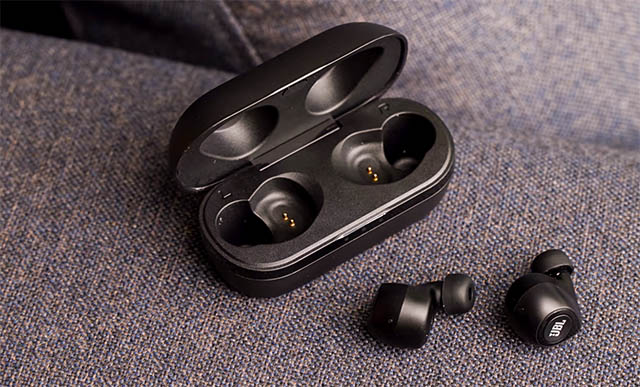 Coming to one of the few things about these earbuds that I really like, the battery life here is phenomenal for a pair of truly wireless earbuds, especially in this price bracket. Noise claims that the earbuds themselves will last for around 6 hours of music playback with a single charge — that in itself is a bigger claim than most manufacturers make, and it’s what I found to be the case as well. At around 60 to 70% volume, the earbuds do last somewhere around 5.5 hours, and personally, I don’t feel the need to go to a higher volume than that for fear of all the issues with sound quality I described earlier.

The case, big as it is, holds enough for about 5 additional charge cycles for these earbuds, which brings the total play-back time to 36 hours, as per Noise. Now look, I’ve not tested these with just 36 hours of pure playback, but I have charged them in the case a couple of times, and judging by the case’s LED light, there’s still enough juice in it to go another 2 to 3 times, which fits right in with Noise’s claims. 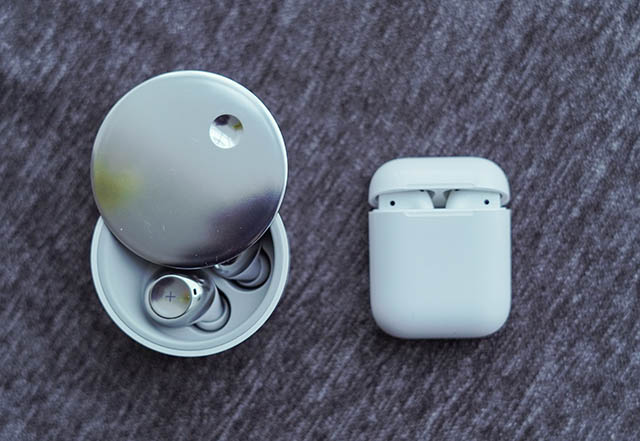 The earbuds, on the other hand have a dual-colour LED, which lights up red when the battery is low, and when they are being charged in the case, and turns off when the earbuds are fully charged. 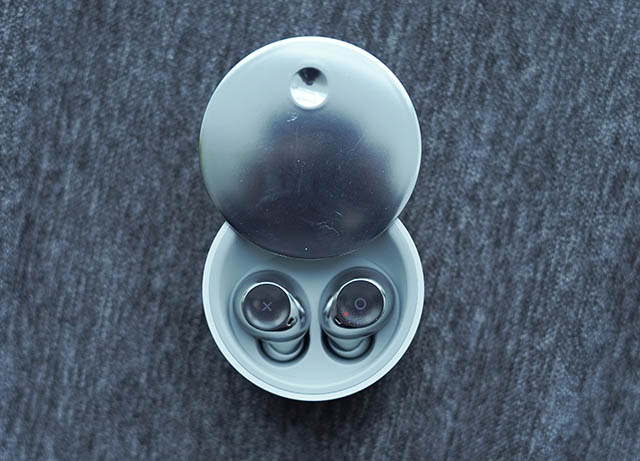 Along with that, both the Realme Buds Air and the Noise Shots XO come with a wireless charging case, so you can just pop this up on a wireless charger, and have it charge while you’re working on your desk. 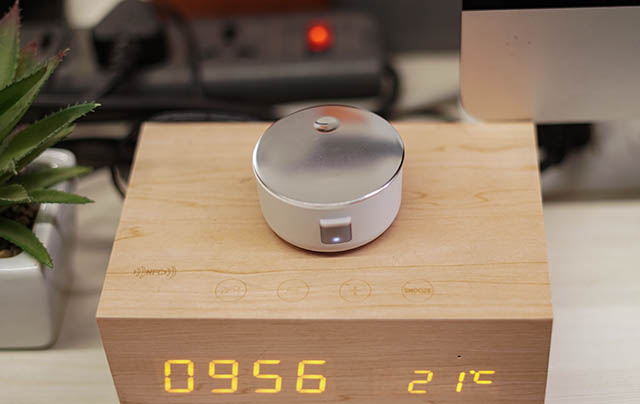 The Noise Shots XO case only charges when the earbuds are inside the case, which is downright weird. I don’t know why Noise did that, but they did, and it’s just silly.

All things considered, the Noise Shots XO just don’t feel like the truly wireless earbuds anyone should be buying. Sure, they have a great battery life, but the sound quality is terrible when compared to other options in the price range, and pairing them can be very annoying, especially if you use multiple smartphones as your daily drivers. Plus I guarantee you, one of your friends will break that make-up kit looking case trying to pry the lid open instead of rotating it. It’s just going to happen.

If you’re in the market for a pair of truly wireless earbuds that won’t break the bank, there are a lot of other options out there including the JBL C100TWS (₹3,999). Personally, I’d pick the Realme Buds Air which are priced at just ₹3,999 and bring better sound quality, a nice wireless charging case that can actually charge when you’re listening to music, and a decent battery life.