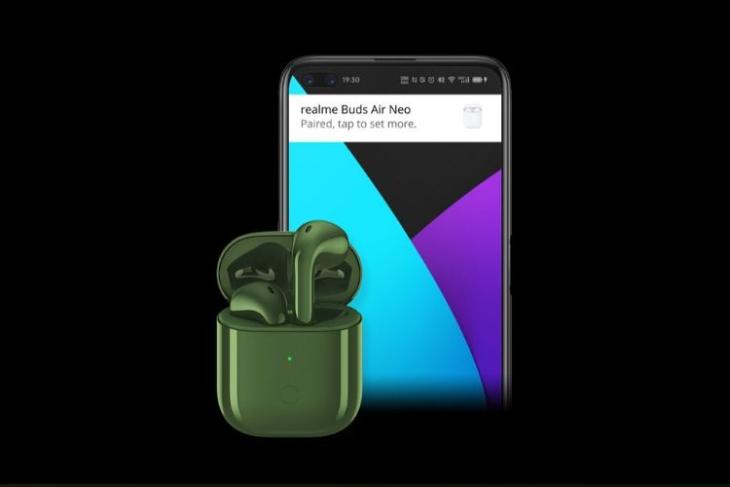 Alongside the Realme Smart TV and Realme Watch, the company has today confirmed the launch of the long-rumored Realme Buds Air Neo. Yeah, the younger sibling to the original Buds Air is launching on 25th May. Realme has shared a first look at the TWS earbuds and confirmed some of its key features.

The official Realme Link account shared the launch date on Twitter a couple of hours ago. The teaser poster attached below shows off the Realme Buds Air Neo. One look at the earbuds is enough to tell you that they look exactly like the original Buds Air. Still an AirPods clone in every aspect.

Get ready to experience seamless connectivity & step into the world of #TrueWireless music by making a #RealChoice with #realmeBudsAirNeo.
Launching at 12:30 PM, 25th May on all our official channels and @Flipkart.
Know more: https://t.co/Bgr5hT2rQE pic.twitter.com/5eIrT2J8Qa

Realme has also set up a dedicated landing page for the Buds Air Neo, giving us a sneak peek at some of its key features.

The basics remain the same. The earbuds have a semi in-ear design and are housed in the tiny AirPods-like charging case. Only the white color earbuds stick around, the yellow (signature color) and black earbuds have been swapped out with olive green (leaked back in March) and red colorways.

The earbuds are equipped with 13mm large bass boost drivers, which is slightly bigger than the 12mm drivers aboard the original Buds Air. They connect over Bluetooth 5.0 and support Fast Pair. Realme Buds Air Neo will also support Super Low Latency Mode, which can be activated by long-pressing on the earbud. It comes in real handy while gaming on your smartphone. 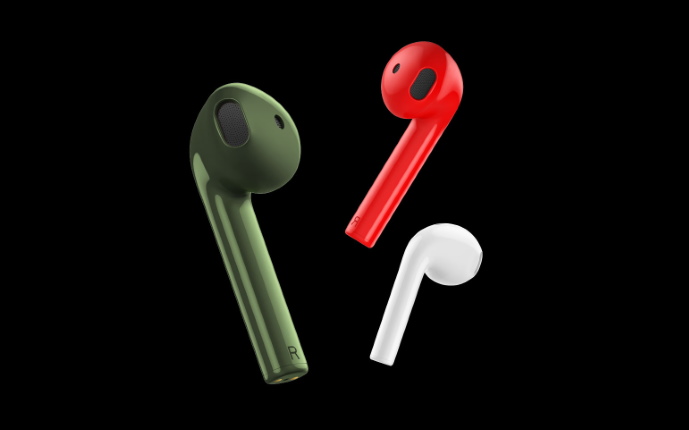 Realme Buds Air Neo also supports touch controls. You can tap on the earbuds to control music playback, answer calls, call upon the voice assistant, and more. The landing page further confirms that the earbuds will offer 3 hours of continuous playback, which is low. But, you get a total of 17 hours of playback along with the charging case. It can charge your earbuds 5x times, which is great.

There is no mention of in-ear wear detection and wireless charging here, which sort-of confirms that Realme Buds Air Neo will be an affordable version of the original Buds Air. Could the upcoming TWS earbuds take on the Redmi AirDots that are set to make their India debut soon?