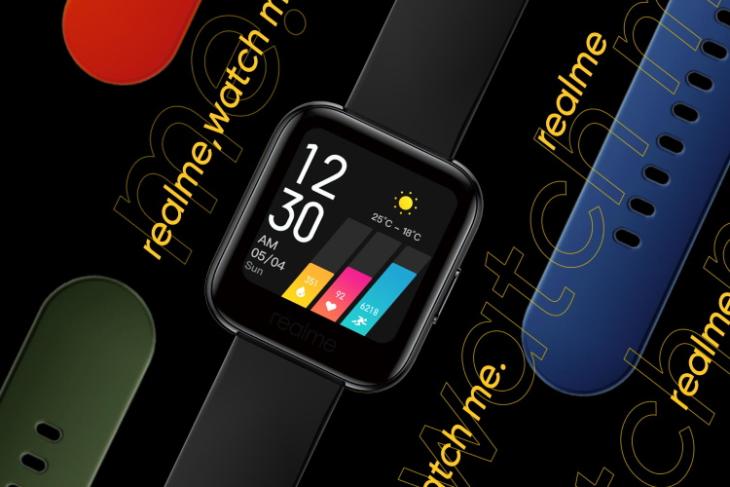 The much-awaited Realme Watch is set to make its India debut alongside the Realme Smart TV next week on 25th May. The company gave us a quick look at its upcoming smart TV yesterday. And today, the Realme Watch has been officially shown off in all its glory.

Realme India CEO Madhav Sheth took to Twitter to give fans, who have been waiting with bated breath, a sneak peek at the upcoming Realme Watch. A dedicated landing page for the watch has also been set up, revealing a myriad of its major features ahead of launch.

#TimeToBeSmarter guys!
Our next step towards becoming the most popular tech-lifestyle brand, introducing the #realmeWatch.
Launching on 25th May at 12:30PM.
“Watch” out for more! pic.twitter.com/LAei4ilQ24

Starting off with the design, it’s in line with the renders that were leaked earlier last month. While those showed off the body in colors other than black, it looks like the Realme Watch will arrive in a single gray-color metallic finish body.

You will find a 1.4-inch color display (not sure whether its an LCD or OLED panel) on the front. There’s a huge Realme logo plastered below the display and it feels highly unnecessary. The company could have included a bigger display instead of its branding on the front. It could, however, be a cost-cutting measure to offer the smartwatch at an affordable price in India. 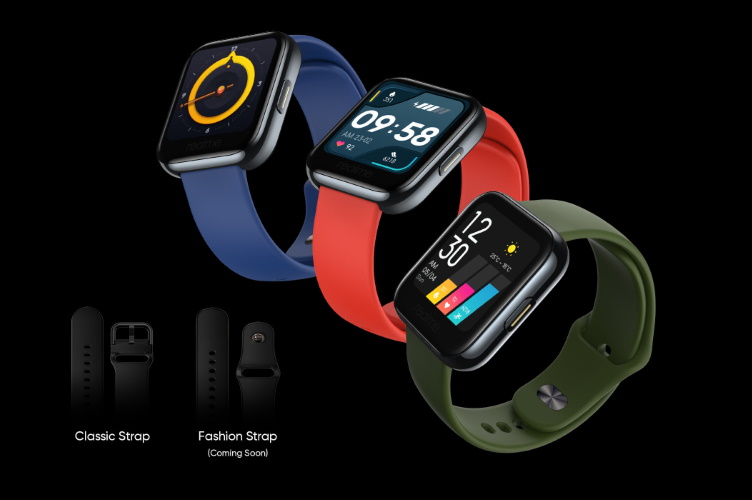 You will be able to swap out the bands and choose from among four colors, i.e black, red, blue, and olive green, to start with. The signature Realme yellow color band is missing in action here. We will have to wait and see if the company really skips on the yellow strap or not. Also, in the image above, you can see that Realme Watch will initially arrive with a classic clasp. It will, however, debut a modern and fashionable strap down the road.

Realme Watch will have up to 14 sport modes, heart rate tracking, blood-oxygen-level monitoring, notifications support, and more. The company has built its own smartwatch software instead of going ahead with Google’s WearOS. You will also see call notifications on this watch, allowing you to mute or cancel them. There isn’t a mic or speaker onboard, so you can’t answer calls on the Realme Watch. 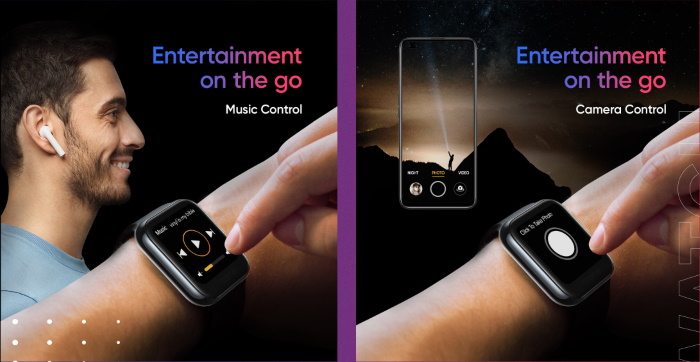 Further, the Realme Watch will also bring music playback controls and camera shutter shortcut to your wrist. It looks like the company has spent a ton of time building some of the much-needed features for its smartwatch.

Now, that’s a lot of information for an unreleased product – one that beats Xiaomi in entering the smartwatch space in India. Xiaomi has launched the Mi Watch and Mi Watch Color over the past few months in China. But neither has made its way to India. Realme Watch is still a week away from launch, so it’s possible that the company will share even more about this device in the coming days. So, stay tuned for more information.