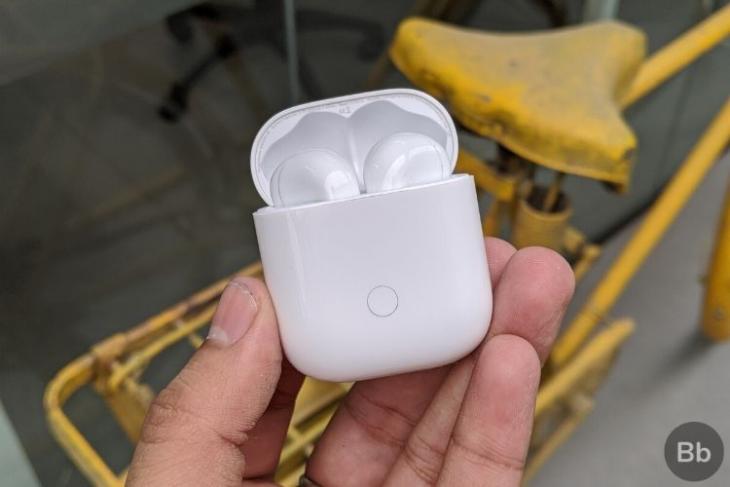 Having launched its first pair of truly wireless earbuds in India recently, Realme is believed to be working on a slightly more pocket friendly version of that for global markets. Expected to be called the ‘Realme Buds Air Neo‘, the device has now been certified by the Taiwan National Communication Commission (NCC), giving us a look at what seems to be a couple of its real-life photos.

While the listing itself doesn’t provide any real info about the upcoming device, the photos do seem to suggest that it will come with a microUSB port instead of USB-C for charging. Key tech specs remain under wraps for now, but given that the ‘Neo’ nomenclature is often used by consumer electronics firms for budget-friendly versions of premium gadgets, it wouldn’t be totally out of place to expect the upcoming device to be a mass-market alternative to the Realme Buds Air TWS, which means it might miss out on features like wireless charging and Active Noise Cancellation (ANC).

It’s worth noting that this is not the first time we’re hearing about a new pair of wireless earbuds from Realme. The first mention about the upcoming gadget was spotted in an official video about the Realme UI that has just started rolling out to the Realme XT and Realme 3. Either way, we don’t know much more about the upcoming device, so it will be interesting to see what Realme has in store for us and how it will be priced in the Indian market.