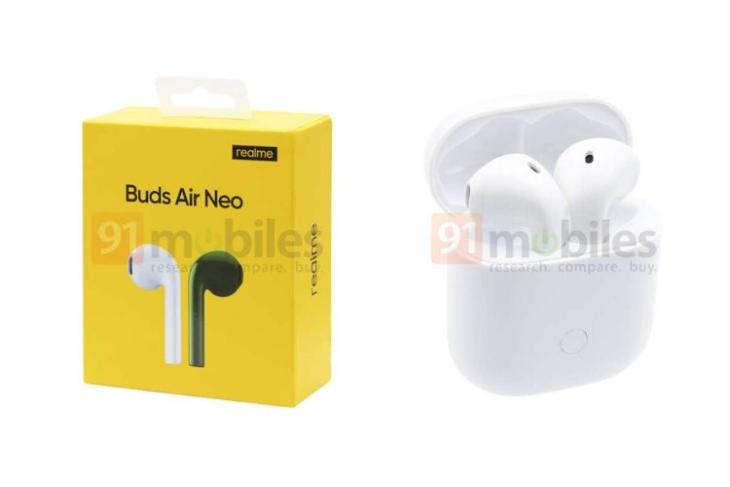 Realme has long been rumored to be working on a cheaper variant of its truly wireless earbuds, Realme Buds Air, that were launched earlier this year. Rumored to be called the Realme Buds Air Neo, it’s expected to make its official debut at a 25th May launch event in China (and possibly, India as well). The design and specs of these affordable pair of truly wireless earbuds have now leaked online.

As seen in the renders shared by 91Mobiles, the Realme Buds Air Neo resembles its elder sibling in terms of design and functionality. You get the same AirPods-style earbuds and tiny pill-shaped charging case but the USB Type-C charging port has been replaced with microUSB as an obvious cost-cutting measure. Now Wireless charging support is expected to be found on the Buds Air Neo.

Even the retail box looks quite the same but shows off a new olive green color that we reported to be debuting a couple of months ago. However, it appears like we mistook the Buds Air Neo for the original Buds Air while digging through the Realme Link APK code at launch. 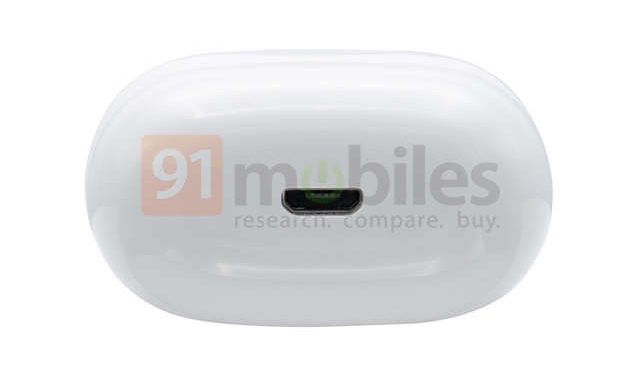 Speaking of the specifications, Realme Buds Air Neo is expected to include bigger 13mm drivers as compared to the 12mm drivers aboard the original Buds Air. You will still find the R1 chip with Bluetooth 5.0 connectivity support onboard. While I expected Realme to ditch in-ear wear detection support, an optical sensor is rumored to be baked into the Buds Air Neo for the same.

Realme also seems to have an air-hole cutout at the top, similar to Apple’s earphones, for equalizing pressure and offering better acoustics, as well as deep bass, for the price. The earbuds will continue to support Game Mode to reduce latency while playing games and offer up to 17-hours of battery life.

There is currently no word on the pricing of the Buds Air Neo. But since they are an affordable version of the Realme Buds Air, they will be priced lower than Rs. 3,999 – possibly Rs. 2,499 to make it accessible to the masses.

The company is launching 8 new products in China on 25th May, including the Realme X50 Pro Player Edition, Buds Air Neo, new power banks, and more. India will witness the debut of Realme TV and Realme Watch on the same day. So yeah, the next few days are going to be exciting for Realme fans, so stay tuned for more information.