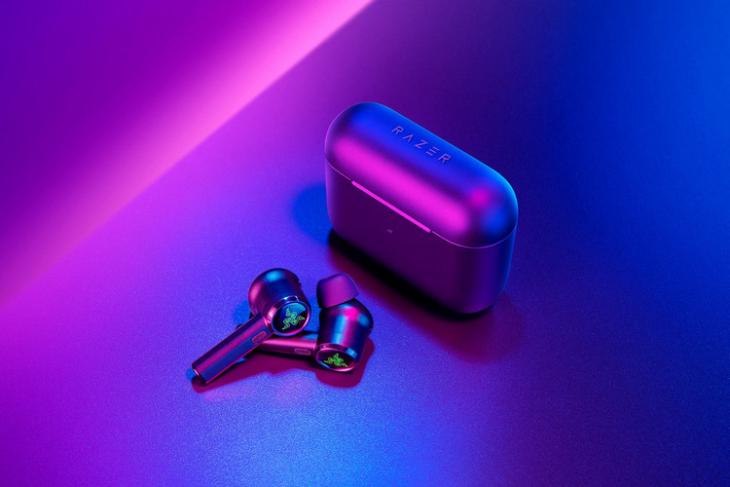 US-based gaming accessories and peripherals company, Razer, has unveiled its next-generation TWS earbuds. Dubbed the Hammerhead True Wireless Pro, this is an upgrade over the Hammerhead TWS earbuds launched last year and, comes with what the company calls ‘advanced hybrid active noise cancellation‘.

The Hammerhead True Wireless Pro offers a secure in-ear design with ‘Comply’ foam tips that offer enhanced noise isolation. The company is also offering 6 additional sets of silicone tips for a more customized fit. It also comes with an IPX4 rating that denotes resistance to water and sweat.

Another notable feature of the Hammerhead Pro is a ‘Gaming Mode‘ that Razer says will boost the earbuds’ wireless performance during competitive games. There’s also an Attention Mode that will enable users to let in ambient sound to increase awareness of their surroundings.

As mentioned already, the Hammerhead True Wireless Pro comes with ‘advanced hybrid active noise cancellation’ that the company claims “nullifies both external and unwanted internal noise by generating inverse sound waves simultaneously”. It also features THX certification, which guarantees that the sound output is exactly as the audio engineer intended it to be.

As with most TWS earbuds, the Razer Hammerhead Pro comes with touch-enabled controls that let users easily toggle between active noise cancellation and Attention Mode, control their music and calls, and activate their smartphone’s voice assistant. The company also claims a battery life of up to 4 hours for the earbuds and a further 16 hours with the charging case.