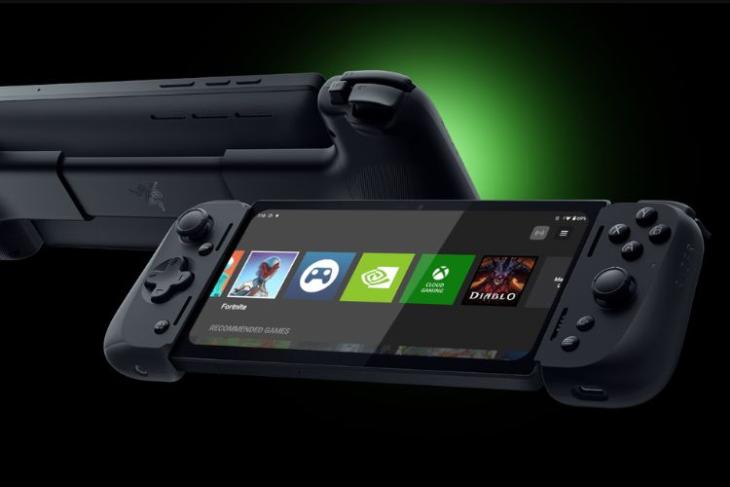 Razer, in partnership with Verizon, has introduced the new Razer Edge handheld gaming console at the RazerCon 2022 event. This gaming console comes with support for 5G, has a 144Hz display, and runs Android. It competes with contenders like the recently launched Logitech G Cloud Gaming Handheld, Nintendo Switch, and more. Check out more details.

The Razer Edge handheld gaming console supports cloud gaming and is even compatible with Android and PC/Xbox games like Fortnite, Deathloop, and Halo Infinite, among others. The device comes with Microsoft’s Xbox Cloud Gaming (beta) and Nvidia’s GeForce Now.

The device is powered by the Qualcomm Snapdragon G3x Gen 1 chipset, which comprises a 3GHz octa-core Kryo CPU and an Adreno GPU. This is clubbed with 8GB of LPDDR5 RAM and 128GB of UFS 3.1 storage, expandable by up to 2TB. The Razer Edge gets 2-way speakers with THX Spatial Audio, Wi-Fi 6E, Bluetooth version 5.2, a 3.5mm audio jack, and a USB Type-C port. It is backed by a 5,000mAh battery and features a 5MP 1080p front snapper.

There’s a Wi-Fi variant and a 5G variant with eSIM support. The company has also launched the Razer Edge Founders Edition with added support for Razer Hammerhead TWS earbuds.

The handheld gaming console is up for pre-order at $5 but will be available to buy in early 2023. So, what do you think about the new cloud gaming-enabled handheld gaming device? Let us know your thoughts in the comments below.