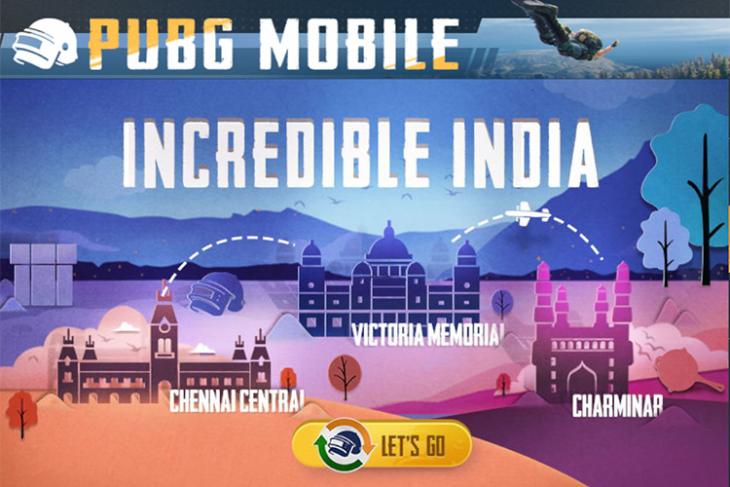 PUBG Mobile doesn’t really need to make itself more attractive for its player base, but the game keeps adding new stuff and events to keep things fresh. Well, now PUBG Mobile has introduced a new in-game event for celebrating the Indian Independence Day. The event, titled ‘Incredible India’ involves a memory game for players that offers various in game rewards.

Within this event, players can collect ‘Flips’ by completing daily missions such as playing a set number of classic mode matches, and getting a particular number of kills. Each of these missions rewards players with a ‘Flip’. This can then be used to play the memory game within the event.

The memory game includes some major Indian locations such as Dal Lake, Red Fort, Taj Mahal and others. Within these locations, you have to flip and match cards with the same in-game rewards. These can be crate coupon fragments, AG, and other rewards.

There are a total of 9 locations within the game and you can move onto the next location once you’ve cleared all the cards within the previous locations. The event will go on till August 24, which should give you plenty of time to collect al the Flips you can and win some in-game rewards for just playing the game that you would anyway be playing.

So, have you played the Incredible India game yet? And how good are you at it? Let us know in the comments down below.