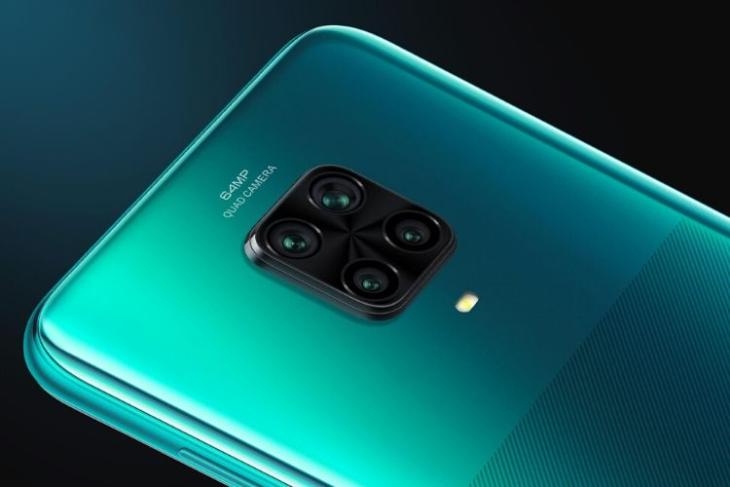 The chatter about the next Poco phone launching in 20 to 25 days had been in the air for quite some time now. Yesterday, out of the blue, the company announced that the long-rumored Poco M2 Pro will launch in India on 7th July. While everyone’s been speculating whether it will be a Redmi 10X or Redmi Note 9 Pro rebrand, I can firmly say that it will be the latter.

Poco M2 Pro will come as a rebadged version of the global variant of the Redmi Note 9 Pro. There are a few hints that give away this secret. The company has only shown off the device from the rear, with its square camera setup with the LED flash underneath. Even the text for the camera specs is in the same position. This alone is one of the biggest giveaways, as shown in the comparison image below.

I was, however, served with a Poco M2 Pro ad on Instagram last night and it showed off the front of the upcoming device. The device includes a center-aligned punch-hole camera on the front – the same as the Redmi Note 9 Pro – instead of a waterdrop notch found aboard the Redmi 10X. It also offers us a glimpse at the side-mounted fingerprint sensor. Check out the comparison between the front of the Poco M2 Pro and Redmi Note 9 Pro global variant attached below:

Also, it had been suggested back in March, when Poco M2 Pro was first spotted on Xiaomi’s official website, that the device will be powered by the Snapdragon 720G chipset. XDA Developers even discovered references for the same in Redmi Note 9 Pro’s kernel source. We have also stumbled upon alleged Geekbench scores for the Poco M2 Pro, which you can see attached right here. The scores are similar to what we’ve found in our recent tests, where we compared the Snapdragon 720G to 730G.

Apart from the processor, the Geekbench listing confirms that you will find at least 6GB RAM aboard the next mid-range Poco phone. There will be up to 128GB storage as well. If we go by the specs of the Redmi Note 9 Pro global variant, Poco M2 Pro will feature a 6.67-inch Full-HD+ IPS display with a 16MP selfie snapper housed in the punch-hole.

As for the camera specifications, you will find a square quad-camera system helmed by a 64MP sensor. It also includes an 8MP ultra-wide lens, 5MP macro lens, and a 2MP depth sensor. Poco M2 Pro would arrive with a 5,020mAh battery in tow.

We aren’t sure why Poco is looking to launch a rebrand of a smartphone that’s already available in India as the Redmi Note 9 Pro Max. It will be interesting to see how M2 Pro is marketed and whether it will sit under or priced similar to its twin sibling. If it’s priced lower than the Redmi Note 9 Pro Max, what incentive will users have to buy the same from Xiaomi?