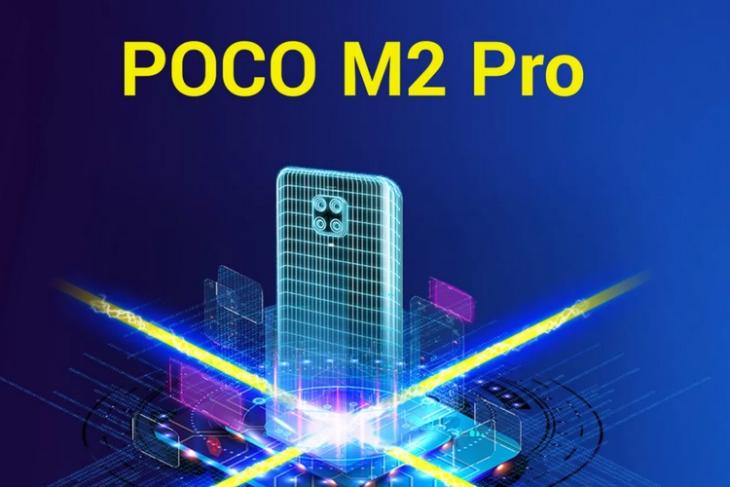 Poco is all set to launch the Poco M2 Pro on the 7th of July at 12 PM. The device will be available on Flipkart. Moreover, Flipkart now has a microsite for the device launch, urging potential customers to visit tomorrow for more details.

Poco India took to Twitter to share the news. A 10-second teaser clip reveals that the handset would feature quad rear cameras. The camera setup resembles the one seen on the Redmi Note 9 Pro. Take a look at the tweet below.

For all those who were on the edge of their seat. It's time to #FeelTheSurge with the #POCOM2Pro.

Poco India is teasing the device with the tag line “Feel the Surge”. The company says the device would have “superfast charging”, although the exact details have not been revealed just yet.

Poco M2 Pro was spotted last month on the BIS (Bureau of Indian Standards) certification website with the model number M2003J6CI. The device has also passed through Bluetooth certification and Wi-Fi Alliance. It is in the air that the handset may feature Snapdragon 720G chipset.

The company had previously confirmed the existence of Poco Pop Buds – Poco’s first TWS earbuds. It will be interesting to see if the brand launches the earbuds alongside the Poco M2 Pro. Although not much information is known regarding the Poco Pop Buds, there’s a possibility that Poco might rebrand the Mi AirDots 2 SE.

We could expect the company to reveal a few key specifications of the Poco M2 Pro ahead of the launch in the coming days. We will be updating you when that happens and hence, stay tuned.