Skip to content
Home News Poco F1 Gets Stable MIUI 10: Here’s How to Install it Without OTA 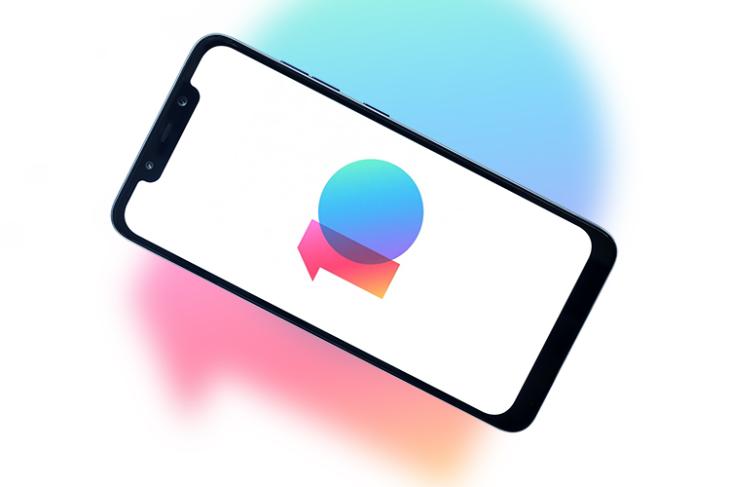 As promised last week, Xiaomi has begun rolling out the stable version of MIUI 10 to Poco F1. But if you want to cut the queue and install the update without waiting for the OTA to reach your device. The steps are very easy and there’s no loss of data, so what are we waiting for?

To start the process, download the update package from this link. The file weighs in at around 620MB, so make sure you download it on Wi-Fi. The update should be valid for all Poco F1 and Pocophone devices worldwide because it’s the global update. 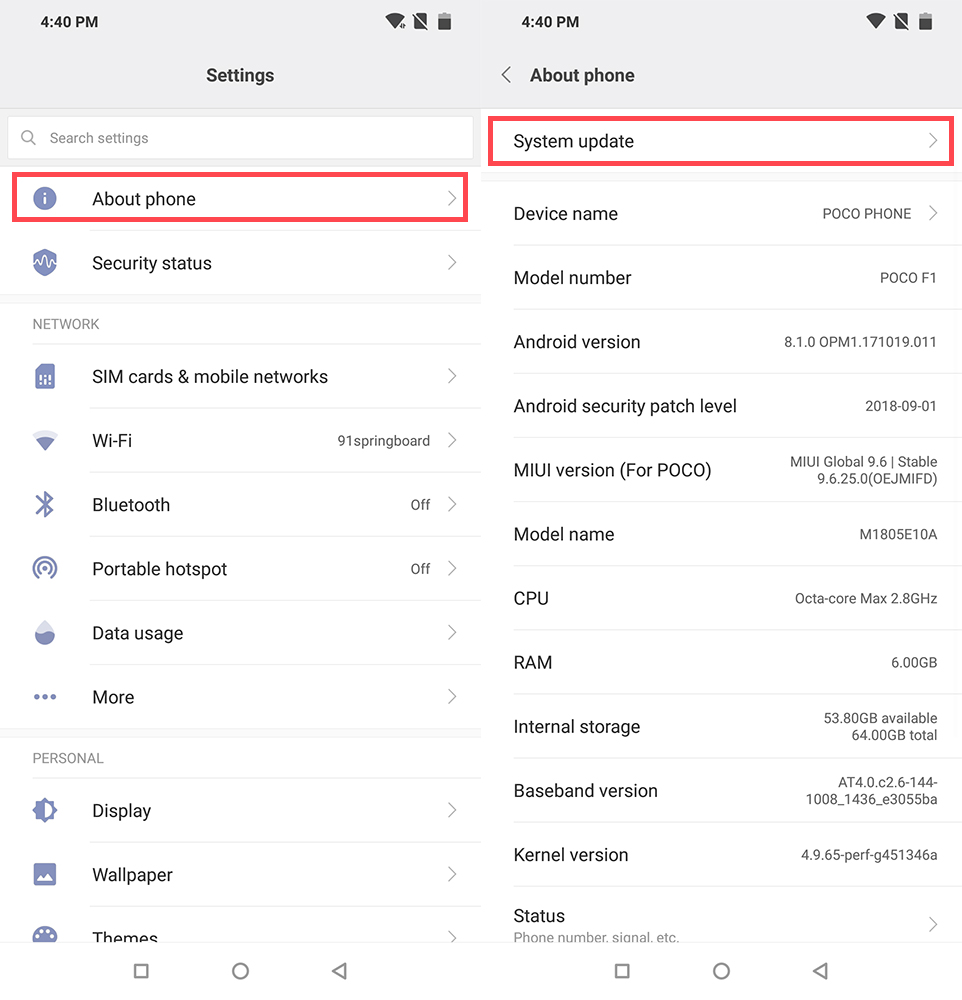 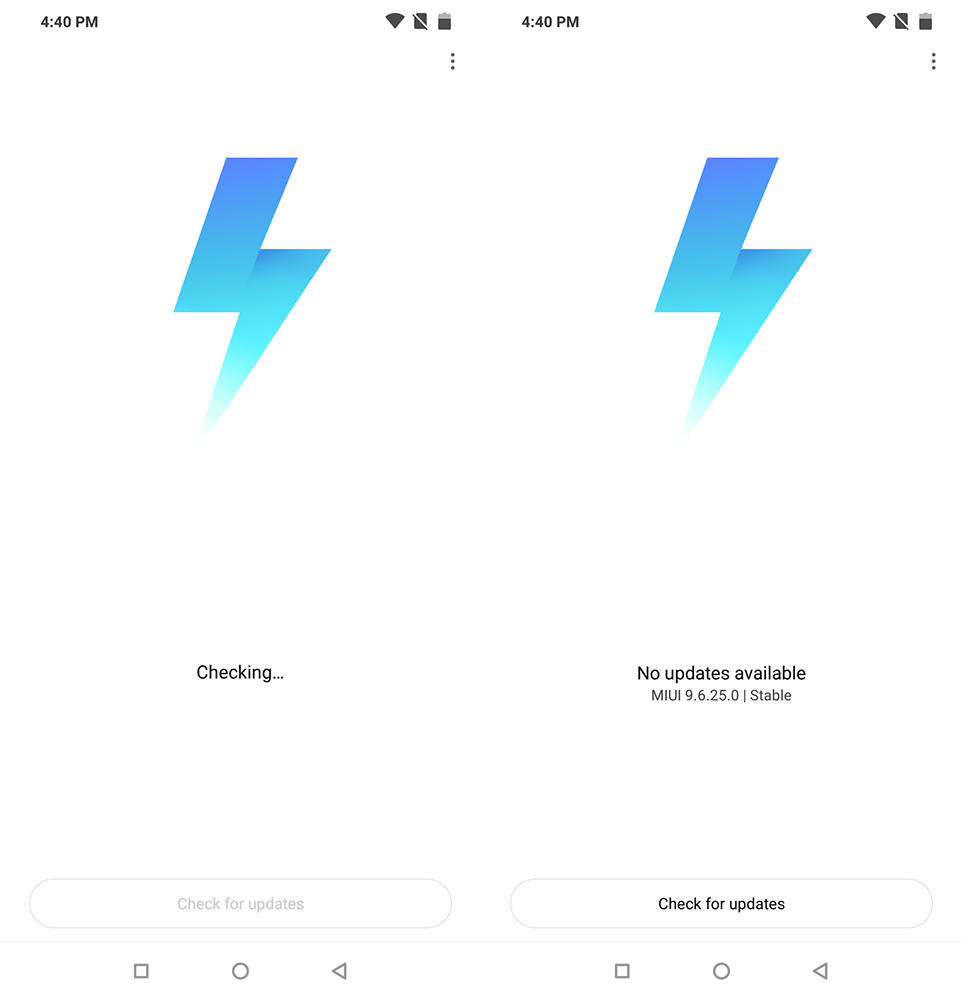 Once you download the ZIP file, go to Settings, and then tap on “About Phone”. Now tap on the top-most option, “System update”. Even after downloading the update, you might see a message saying “No update available”. Don’t worry, simply tap on the three-dot button on the top right corner, and then on “Choose update package”.

Now, choose the folder in which you’d downloaded or placed the update file from the link above. Once you select the ZIP, you will be prompted to “Reboot and Update”. Ensure that your Poco F1 has sufficient battery to endure through the update process and tap on the button. 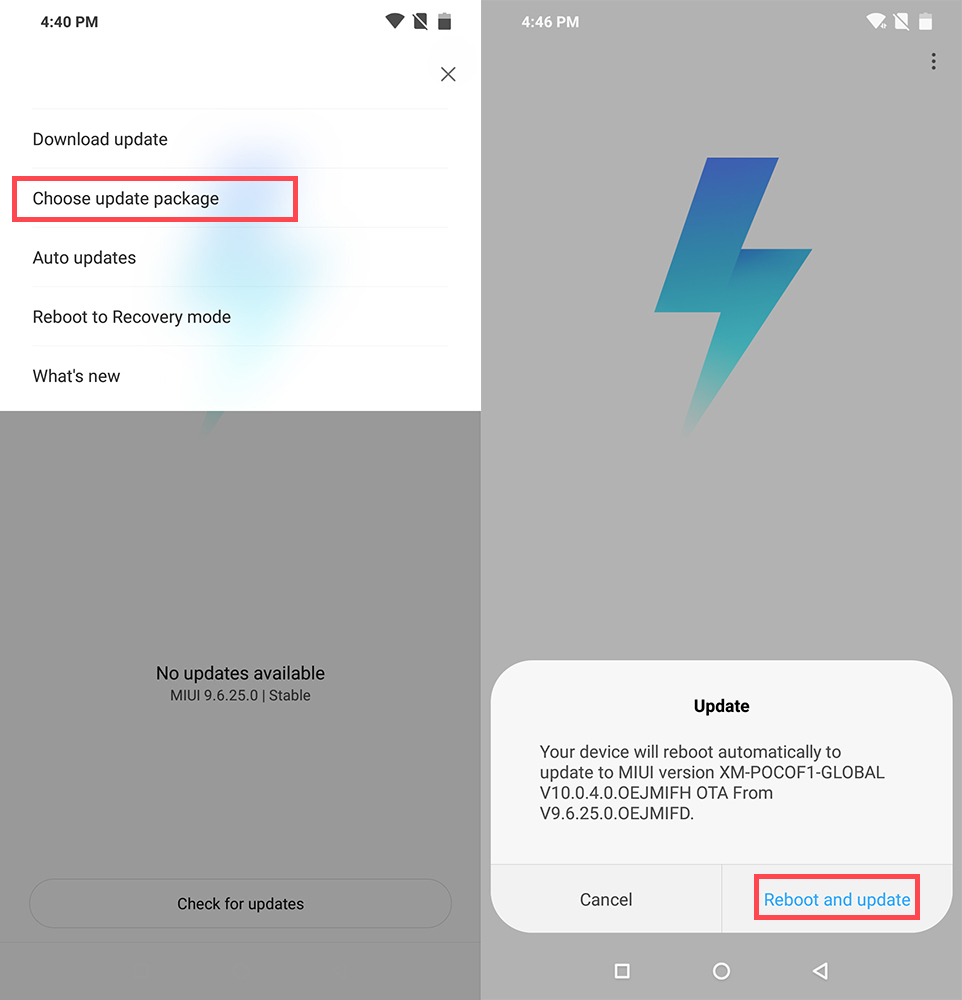 The phone will reboot and the update to MIUI 10 will be installed on your Poco F1. The update will take around 30 minutes to install. Do not interrupt this process or be fidgety if it takes slightly longer because you might end up with a bricked phone. You will be rewarded for your patience.

Voila! The phone reboots to a completely overhauled interface with new design elements, a revamped color scheme and quick setting page. You also get the Google’s October Security Patch which is commendable on Xiaomi’s part.

I haven’t spent much time with the new interface and while I don’t see a lot of differences from the MIUI 10 beta, animations and app launching feels slightly faster. I’ll be exploring the ROM for new features and updating you accordingly.

Meanwhile, Poco is already testing an Android Pie update for the Poco F1 which has got me more excited but not as much as the recent price drop. So, if you haven’t bought the device yet, you can get it for Rs 2,000 cheaper until November 5.