Google Stadia has been around for a while, and there are quite a lot of games on the service now. However, while you could play Stadia on Android phones, PCs and Macs, it was sadly not available on iPhones and iPads. That changes today as Google has launched Stadia for iOS devices. Unfortunately, Apple doesn’t allow apps like Stadia to be on the App Store, so Google has used a neat workaround to get Stadia on iPhones. So, if you wanna play AAA games like Cyberpunk 2077 on your iOS devices, here is how to play Google Stadia on iPhone and iPad.

Stadia is finally available on iOS devices. However, you won’t find the Stadia app on the App Store. Instead, you have to use it through your web browser. In this article, we will take a look at how to do that. We will also take a look at how to add Stadia to your home screen, and connect an external controller to play games easily.

You can use the table of contents below to skip over to any section you want to.

How to Play Stadia Games on iPhone and iPad

If you want to run Stadia on iPhone and iPad, here’s what you need to do. 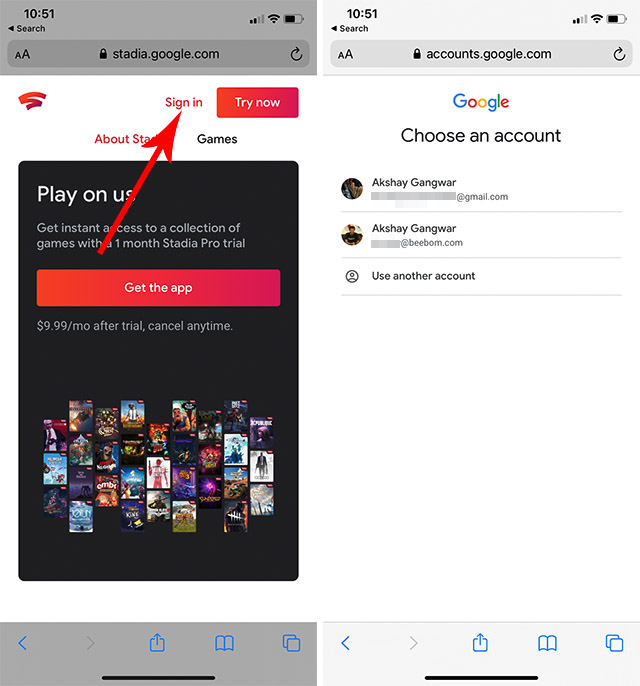 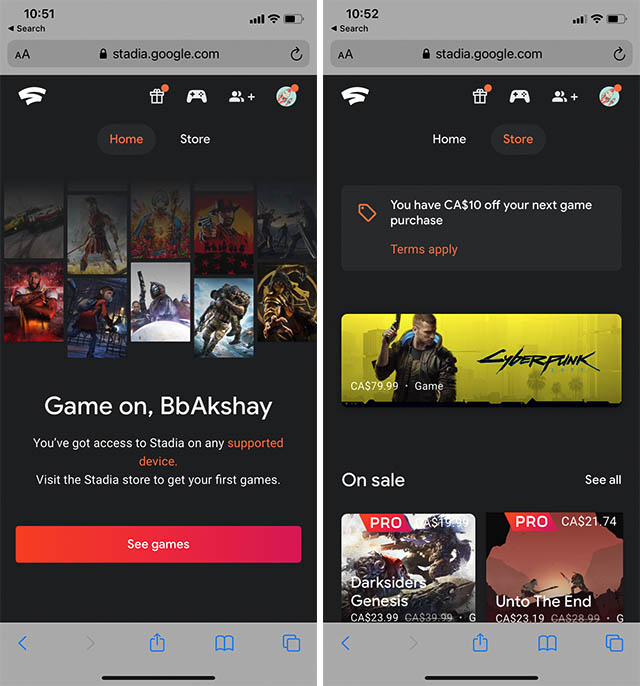 Basically, you don’t need to install an app to play Stadia on iPhone and iPad. This neat browser workaround helps Google make its cloud gaming service available to iPhone users without going through Apple’s App Store regulations. This is what Microsoft and Amazon are also planning to do for their cloud gaming services as well, by the way.

How to Add Stadia to iPhone Home Screen

Now that you know how to play Stadia on iPhone and iPad, you have to admit the process doesn’t feel too natural. No one wants to launch a browser, and type in the Stadia website just to play games. Fortunately, you don’t have to. You can simply add Stadia to your iPhone or iPad home screen. 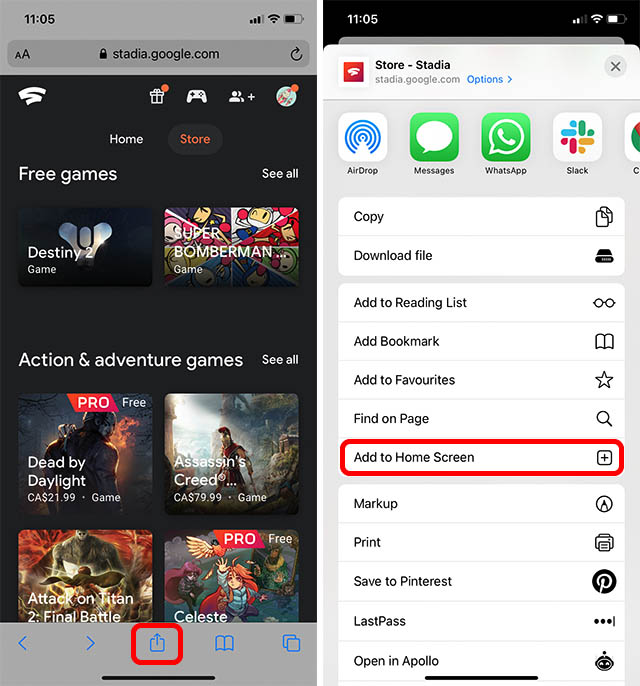 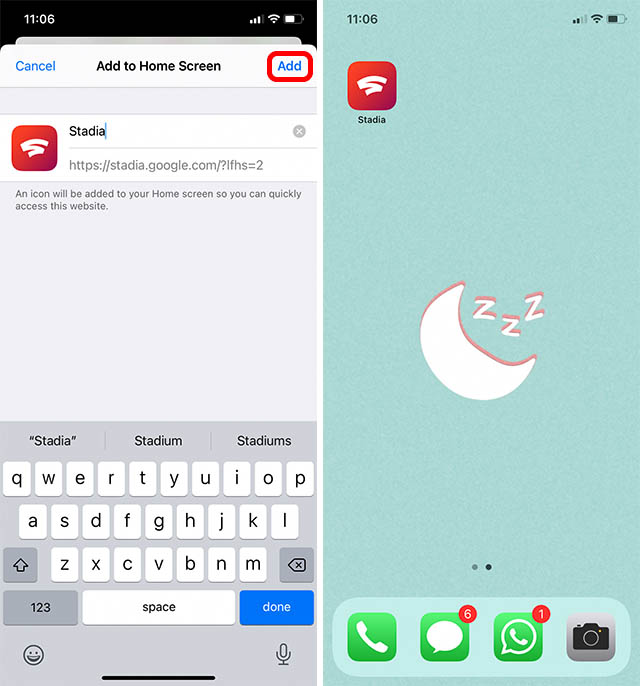 So the next time you want to play a game with Stadia, just tap on this home screen icon and you’re off to the races.

How to Connect a Controller to iPhone and iPad for Stadia

Okay, this one is a little bit of a tangent. Stadia on iOS supports touch controls, which are fine for some games. However, if you’re playing games like Cyberpunk 2077, you should definitely consider using a dedicated controller for it.

We have a friendly guide on how to connect a PS4 controller to your iPhone that you can use to get started with controller based input on Stadia.

Dual Shock isn’t the only supported controller, by the way. Here is a list of controllers compatible with Stadia:

Note: We have not tested all of these with iOS devices. So make sure you check for their compatibility with iPhones and iPads if you’re going to buy one for Stadia on iOS.