At the Google Pixel 2 launch event that was held in San Francisco earlier this week, tech giant Google also unveiled a few products to make the Pixel smartphone experience even better. The one that caught our attention was the company’s first wireless headphones called the Pixel Buds. Well, this was much needed primarily because Google’s latest flagship smartphones not only lacked a headphone jack, but also doesn’t even come with free wired headphones out of the box. So, the Google Pixel Buds might be the headphones that most Pixel 2 owners will be spending their hard-earned cash on. As soon as the Pixel Buds were unveiled, everyone was so hyped up to see how well they stacked up against Apple’s truly wireless AirPods which was introduced last year along with the iPhone 7. Well, that’s exactly what we’re going to discuss today, so without further ado, let’s pit the new Google Pixel Buds vs Apple AirPods:

Let’s start with the Apple AirPods here. At first glance, the AirPods look just like the company’s wired EarPods that’s provided along with the iPhones, except for the fact that it completely lacks any wires. There’s not even a wire to connect the two earpieces and that’s exactly where the term “truly wireless” comes from. The additional sensors on the AirPods makes it look slightly different from the wired EarPods upon closer examination. The AirPods have a shape that’s designed to perfectly fit the ears according to Apple. For me personally, it does manage to sit fairly tight and doesn’t fall off even if i try and shake my head. That being said, the AirPods come with a compact case that easily fits in your pocket. In addition to letting you securely carry around your AirPods, the case also charges the earbuds and thereby extends its battery life. 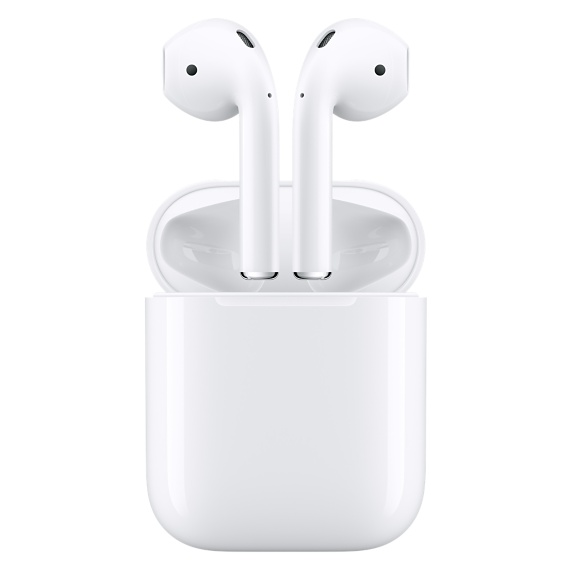 The Pixel Buds on the other hand are not truly wireless headphones. The reason why we say this is due to the fact that there’s a cord connecting both the earpieces. This cord also helps in providing a secure fit while you’re wearing it and makes it hard for you to lose the headphones unlike the AirPods. The Pixel Buds have a touchpad on the right earpiece that’s used for gesture control while listening to music. As for the shape, it might look weird from the outside, but it fits like any other regular earphone on the inside, so this is not something that you should be worried about. However, we’ll have to wait until we get our hands on the Pixel Buds to compare how secure the fit is, in comparison to the Apple AirPods. These earbuds come with a compact cloth-covered battery case that lets you charge multiple times and thereby extend the battery life, just like the AirPods. 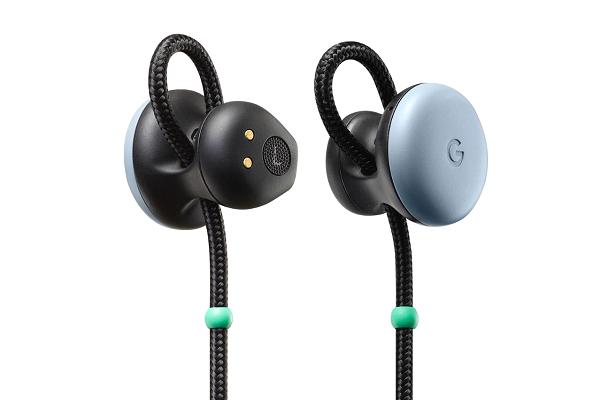 Apple AirPods can be instantly connected to any iOS device, as soon as you open up its charging case, which was one of the best features about these earbuds at launch. However, if you don’t have an iOS device, AirPods can still make use of Bluetooth for the connection and function like any other regular Bluetooth earphones.

The Pixel Buds can connect to any Bluetooth device just like the AirPods, but Google has made the connection process much easier for Pixel owners, as the Pixel Buds can be easily connected by simply opening the battery case, which is quite similar to how AirPods work with an iOS device. The earbuds will also take advantage of a feature called “Fast Pair” to quickly connect to any Android phone running Marshmallow or higher. 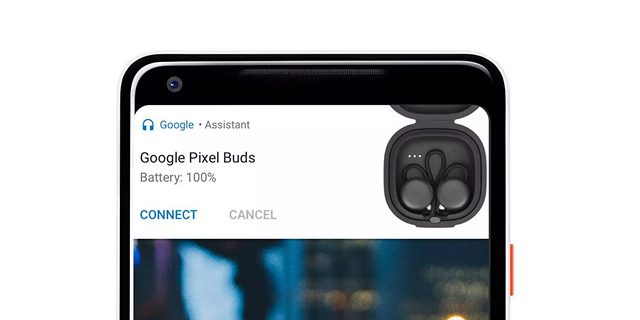 Apple AirPods doesn’t have any physical buttons and makes use of just one “double-tap” gesture to perform certain functions. By default, this gesture is used to activate Siri, but as long as your device is running iOS 11, the functions can be changed to play/pause, next track, previous track, etc.

Moving on to the Pixel Buds, we have a touchpad on the right earpiece for gesture controls like being able to tap to play and pause, double tap to read out notifications and even swipe to increase or lower the volume of the music, something which the AirPods lack. In addition to this, users can touch and hold the earbuds button to start conversing with Google Assistant.

Apple AirPods makes use of the company’s custom-designed W1 chip to provide smart features to the users. Thanks to the infrared sensors, AirPods can automatically start playing music once you insert them into your ears. It will also stop playing music automatically once you remove one of the AirPods from your ear, which is quite useful when someone is trying to initiate a conversation with you. The new Google Pixel Buds misses out on these smart features. As far as the rest of the smart features are concerned, AirPods will totally rely on Siri to perform certain functions according to your voice commands.

Pixel Buds are packed with smart features, and this is the department where these headphones manage to totally outshine the AirPods. Although it lacks the ability to start or stop playing the music automatically depending on proximity, the headphones are able to make use of Google Assistant to perform a host of functions. The most prominent feature is the ability to translate 40 languages in real-time. Yes, you read that right, and Google claims that it works exceptionally well with a Pixel phone. For example, if you touch and hold the right earbud and say “Help me speak French” and proceed to speak something in English, your Pixel phone will loudly read out the translated message. Now, once the person who you’re trying to converse with, responds to your message in French, your Pixel Buds will translate it and read out the message in English. This is a feature that’s never been tried before by any other company, and this has all the potential to totally change the way how we communicate. 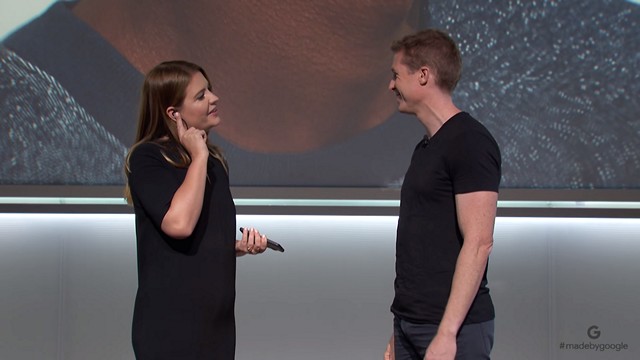 Well, we’ve used the AirPods for listening to music and watching movies on our smartphones for quite some time now, so we think we’re qualified to talk about its sound quality. If you’ve been using the wired EarPods, you’ll be pleased to know that the AirPods offer noticeably better sound quality in almost every aspect. However, the sound improvement is not significant enough to justify the huge price difference, so that’s something you need to consider before you proceed to shell out your hard-earned cash on these headphones.

Moving on the Pixel Buds, we can’t say anything at the moment, as they just got unveiled by Google. These headphones are yet to be made available to the general public, but believe us, we’ll be sure to give our opinions as soon as we get our hands on them. That being said, initial impressions about the Pixel Buds’ audio quality have been positive so far, but we’d still love to try and judge that for ourselves to see how it fares against the AirPods.

When it comes to the battery department, it’s pretty much a tie if Google’s bold claims are to be believed. Although the Pixel Buds pack a 120 mAh battery that’s twice in comparison to the 62 mAh offered by the AirPods, both these headphones offer 5 hour battery life, and their charging cases are good enough to provide a 24-hour battery life, which is quite impressive regardless of whatever way you look at it. 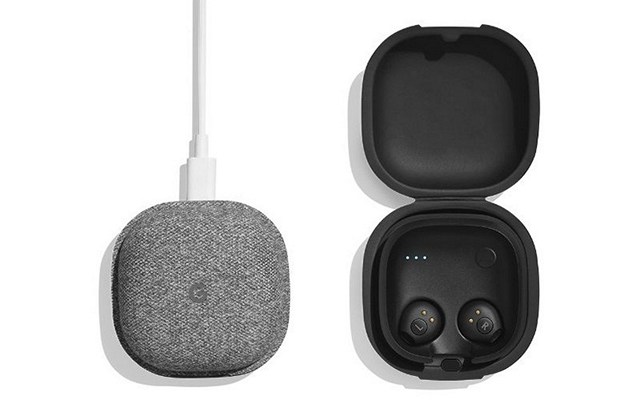 The Apple AirPods might have certain smart features that only iOS devices can take advantage of. This includes ability to pair it to the device almost instantly, accessing Siri, double-tap gesture, and automatically pausing/resuming the music upon removal of the AirPods. However, the AirPods will still function as a normal Bluetooth headphone and can be used to connect to a host of Bluetooth-compatible devices, including Android smartphones without any hassle. 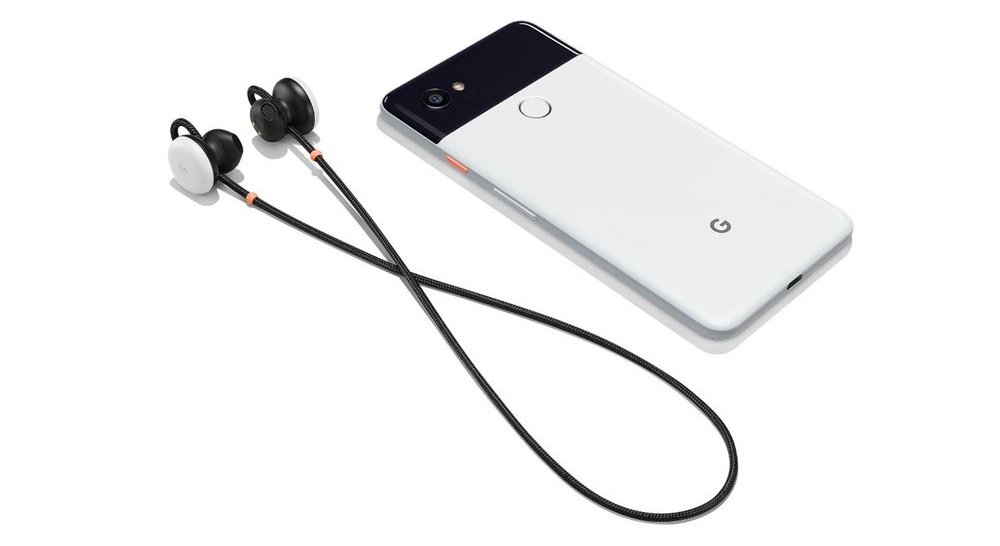 The Pixel Buds come packed with its fair share of smart features that work only if you have a Pixel device. For example, the standout feature of these headphones, which is the real-time language translation capability, works only with a Pixel phone. Additionally, to take advantage of “Fast Pairing”, users will need an Android device that’s running Marshmallow or higher. That being said, the Pixel Buds are essentially Bluetooth headphones, meaning that it functions just as any other headphone, provided the device supports Bluetooth.

Lastly, let’s talk about pricing. Both the Apple AirPods as well as the Google Pixel Buds carry the same $159 price tag. So, there’s basically no winner here when it comes to affordability. As far as availability is concerned, the Apple AirPods are currently available for purchase from stores, whereas the Pixel Buds will not start shipping until November.

Now that we’ve discussed all the key similarities and differences between these two wireless headphones, we’ll let you decide the winner here. However, we think the headphone you’ll be going for will mostly depend on the device that you’re using. If you’re currently using an Android device, you’ll certainly be better off with the Pixel Buds, but if you’re using an iOS device, the Apple AirPods are pretty much the obvious choice. That being said, if you’re keen on getting the new Pixel 2 or Pixel 2 XL, the Pixel Buds will definitely be a valuable addition especially due to the fact that it lacks a headphone jack. So, which of these headphones are you planning to go for, and why? Do let us know, by shooting your valuable opinions in the comments section down below.