During the iPhone 7 and iPhone 7 Plus launch event last year, Apple also introduced their very first truly wireless earbuds called AirPods. In addition to offering slightly better audio quality than Apple’s wired EarPods that came bundled along with iPhones, it also provides certain smart functions like automatically pausing the music upon removal of one of the AirPods and being able to “double-tap” to access Siri. This was made possible due to the company’s custom-designed W1 Chip that powers these earbuds. However, with the recent iOS 11 update, you have a lot more control over your AirPods than just a double-tap to Siri function. This includes customizing the controls for each AirPod individually. For example, users can now assign functions like play/pause, next track, previous track, etc. separately for each AirPod. If you’re interested in trying this out already with your AirPods, let’s take a look at how to customize AirPods functions in iOS 11:

Note: I tried this on my iPhone 7 Plus and the iPhone 6s, but it should work on older iPhones as well as the new iPhone 8, 8 Plus, and iPhone X.

First of all, you need to make sure that your AirPods are connected to your iPhone before you proceed to customize the controls. The procedure is far from complicated, so simply follow the steps below to get this done without any hassle: 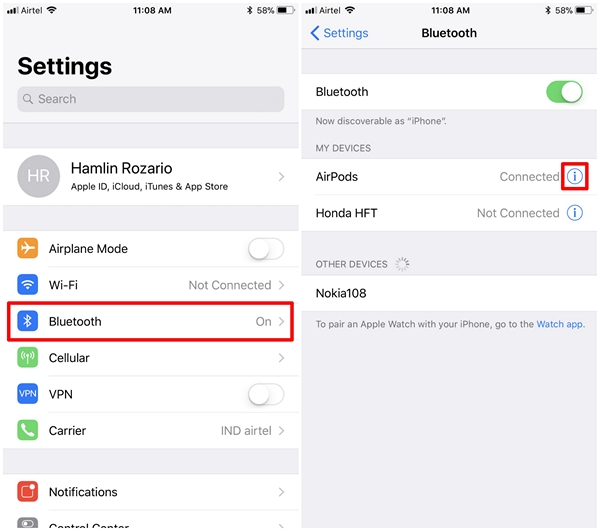 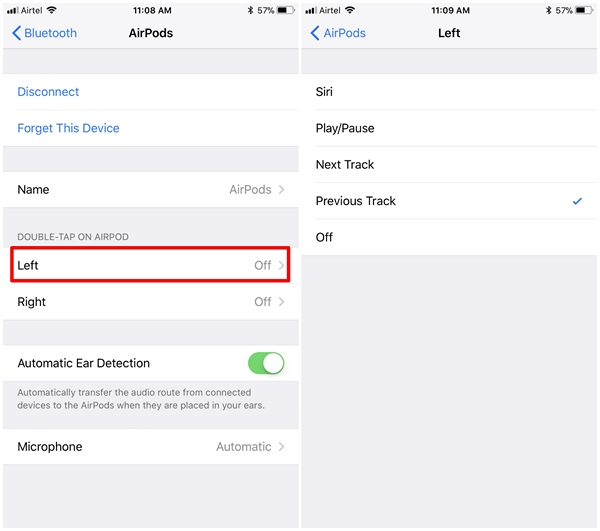 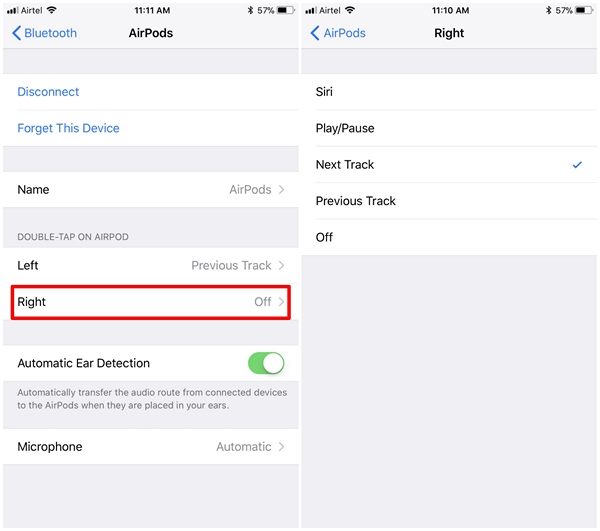 SEE ALSO: How to Enable Do Not Disturb While Driving in iOS 11

Well, that’s pretty much all you got to do customize the function for each AirPod individually. We’re glad that Apple has finally decided to give users more control over their AirPods with the recent iOS 11 update. So far, users had to make use of Siri to perform most functions. Although that was easy, it was pretty awkward trying to speak with your voice assistant while you’re in the public. With the iOS 11 update, you no longer need Siri, as you can simply double-tap on either your right or left AirPod to perform certain functions like Play/Pause, Next track and Previous track. So, are you guys ready to take advantage of this minor, yet significant change that Apple has introduced in iOS 11 specifically for AirPods? Do let us know, by shooting your valuable opinions in the comments section down below.