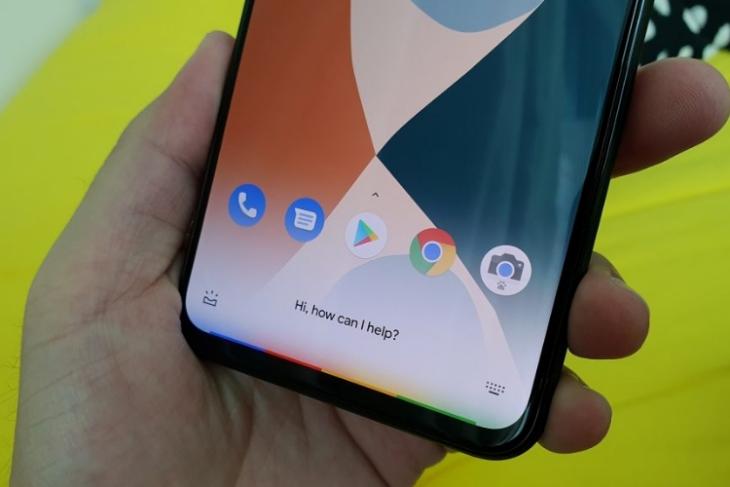 The Pixel 4 launch is right around the corner but leaks for Google’s flagship continue to pour in. We already know what it will look like, the hardware specifications, the camera features, and how some of its more elusive (or not so elusive now) features like Motion Sense and Face Unlock will function. However, today’s leak suggests that Pixel 4 will be bringing in tow a new way to invoke Google Assistant.

If you’ve ever used an Android phone, you already know that holding down on the home button (until Android 9 Pie) or swiping from the edges (Android 10) opens up the Google Assistant. The Pixel devices (Pixel 2 onwards) also allow you to squeeze the sides of the phone to call upon the Assistant.

But, as per a new 9to5Google report, Pixel 4 will come with a ‘raise to talk’ feature for Google Assistant – the new and faster Assistant that will debut with the flagship. It has been stated that if you raise your phone and speak out a question or command right after then Assistant will be invoked to answer. If a command isn’t detected immediately, you will have to use any of the aforementioned ways to invoke the Assistant.

Google has been trying to make it more and more effortless to invoke the Assistant. And while the hotword is pretty intuitive, nothing would feel more natural than raising up the phone and simply spewing out your query. It is a standard thing that we do hundreds of times each day and it’s even easier than squeezing the device’s edges.

My major concern would be the erroneous triggering of the Assistant when we raise the phone while talking to someone else. How Google manages this would be interesting to look out for. Google will tackle the privacy issue of this feature simply by performing all voice recognition on-device, which has become easy with the new Google Assistant that was first shown off at Google I/O earlier this year.