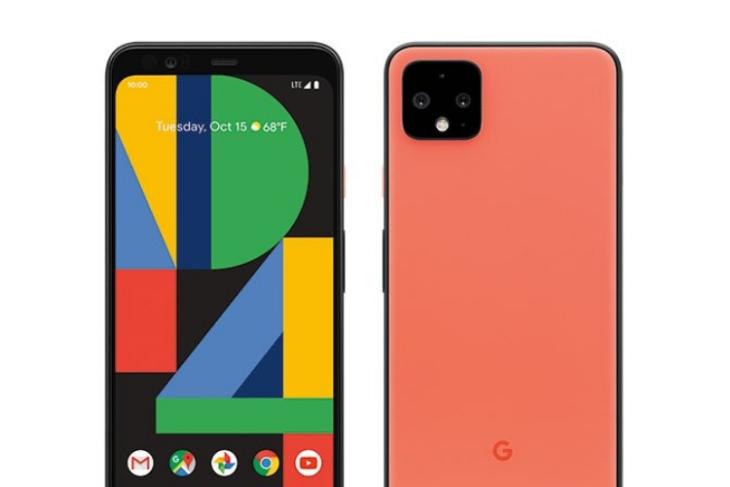 When you thought last year’s Google Pixel 3 was the worst-kept secret in mobile history. Well, its successor – the Google Pixel 4 is snatching away the title with leaks and rumors pouring in left, right and center. We already a ton about the Pixel 4 and 4 XL, but here’s another major leak which gives us a close look at the complete specifications of the two variants.

The leaked specs sheet, courtesy of 9to5Google, confirms a lot of features that we have already heard about or seen in action in videos posted by a number of Vietnamese video creators. First up, we have the 90Hz Smooth Display. Yeah, it’s true and both the Pixel 4 and 4 XL will sport OLED displays with 90Hz refresh rate, but their screen size and resolutions will differ.

The upcoming Pixel 4 lineup will be powered by Snapdragon 855 chipset and not its Plus variant. I mean, we already have a more powerful variant of the chipset available in the market, so Google could have very well went with it. This will be paired with 6GB of RAM (finally an upgrade over 4GB) and up to 128GB of storage (which seems less for a flagship phone).

Google is also going to debut a new Pixel Neural Core chip with the Pixel 4 lineup, which will enable the phones to easily handle heavy AI-driven computational tasks. The camera system onboard will pack a 12MP dual-pixel primary sensor and a secondary 16MP telephoto lens that should allow you to click 2x optical and 8x digital zoom pictures.

We already know about the myriad of sensors, including the Soli radar chip which will enable “Motion Sense” gestures (not in India, apparently) and Face unlock hardware that will be packed inside the massive top bezel. The smaller Pixel 4 will house a measly 2,800mAh battery whereas the Pixel 4 XL should house a bigger 3,700mAh battery and that’s still less for a 90Hz Quad-HD+ display.

Apart from the specs sheet, the report reveals everything you will get inside the Pixel 4 retail box. You will find the mobile device, 1m USB-C to USB-C cable, 18W USB-C power adapter, Quick Switch adapter, SIM removal tool, and quick start guide. Yeah, there’s no USB-C Pixel Buds bundled in the box this time around. 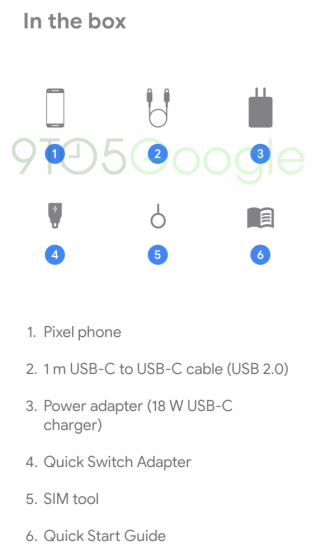 While I would have loved to see Google offer a USB-C to 3.5mm jack dongle, but that is also out of the question. This move could, however, help further push forth the rumored arrival of its second-generation Pixel Buds. There’s not a whole lot of information on the new Pixel Buds, which may debut alongside the Pixel 4 lineup and Pixelbook Go on 15th October later this month.