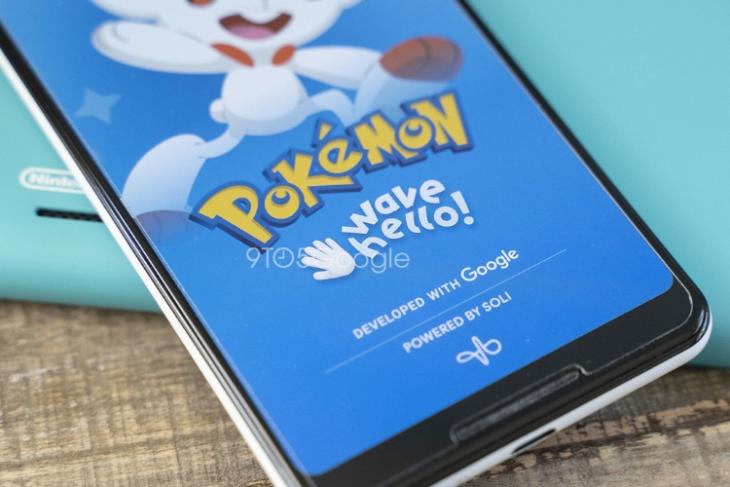 The Pixel 4 launch is less than a couple of weeks away now and we already know almost everything about Google’s upcoming flagship – except for a few camera features and the price tag. Well, one of the main highlights of the Pixel 4 lineup will be the Soli radar chip that will enable Motion Sense gestures on the flagships. And Google has come up with a very clever way to teach users how to use these gestures. The answer is Pokemon Wave Hello.

As reported by 9to5Google, the Pokemon Company and Google have worked closely to create a demo app called Pokemon Wave Hello and it allows you to use the Soli chip onboard to wave at Pokemon on the screen – and well, they will wave back at you. You’ll also be able to check out attacks and pet them wth gestures. Cute, right? 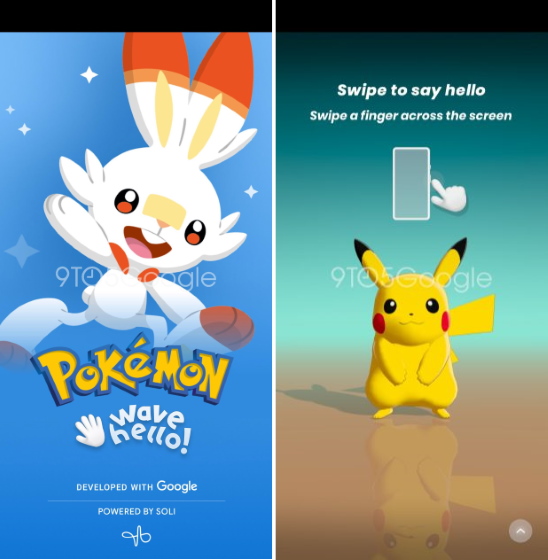 This won’t be a full-fledged playable game instead, users will get the chance to interact with Pikachu, Eevee, and starter Pokemon from the upcoming Sword and Shield era.

The screenshots above show the splash screen and game demo, revealing that it works with Soli but do you notice something wrong with the screenshot?. Yes, it asks the user testing out the game to swipe on the screen instead of performing the gesture, well, it’s because the folks over at 9to5Google didn’t have a Soli-compatible smartphone at their disposal.

For those unaware, Motion Sense is a new feature that will allow Pixel 4 users to simply wave in front of the smartphone to play/ pause music, skip tracks, snooze alarms, and even silence incoming calls. Google has already talked about the gestures in an official blogpost, but we need to see the partners (and third-party apps) it has got onboard to support the feature.

A fun way to learn Pixel 4 gestures? Heck yeah. Though the report sheds light on almost everything about this demo, including a demo video, we expect to learn more about the Soli chip/Motion Gestures on launch day, i.e October 15 when Google officially takes the wraps off its flagships. It’s also expected to launch Pixelbook Go, Pixel Buds 2, and Nest-branded Google Home Mini successor.