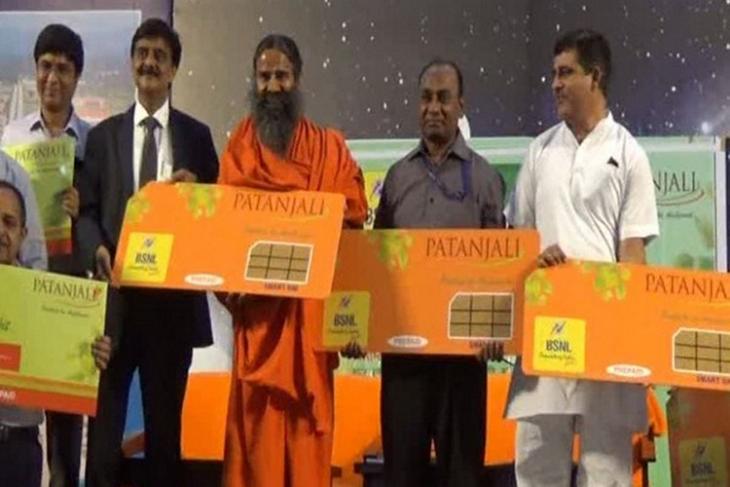 The astronomic rise of Baba Ramdev continues unabated. After becoming one of the best-selling brands in a sector dominated by global and national heavyweights HUL, P&G and ITC, the yoga guru’s Patanjali was recently ranked as one of the most trusted FMCG brands in the TRA’s Brand Trust Report 2018.

Now, the company has launched the Swadeshi Samriddhi SIM cards in partnership with state-owned telecom giant, Bharat Sanchar Nigam Limited (BSNL). As part of a collaboration between the two companies, Ramdev’s Patanjali Yogpeeth and BSNL issued co-branded SIM cards to the employees of the former on Sunday.

According to ANI, users will need to recharge with Rs. 144 to get 2GB of data, 100 SMSes and unlimited national calls every day, although, the validity period of the recharge voucher isn’t entirely clear. Users are also said to get medical and life-insurances covers of Rs 2.5 lakh and Rs 5 lakh, respectively, although, claims can only be made in cases of road accidents.

While only employees and office-bearers of Patanjali are expected to have access to these cards currently, they are eventually expected to find their way to all citizens, earning their holders a 10 percent discount on Patanjali products.

Speaking on the occasion of the launch, Ramdev said that his company only tied up with BSNL because it is a Swadeshi network. He also said that once the card is launched commercially, it will be available at hundreds of thousands of locations across the country. According to him, “There are five lakh counters of BSNL and from there people can soon get Patanjali swadeshi-samradhi card”.