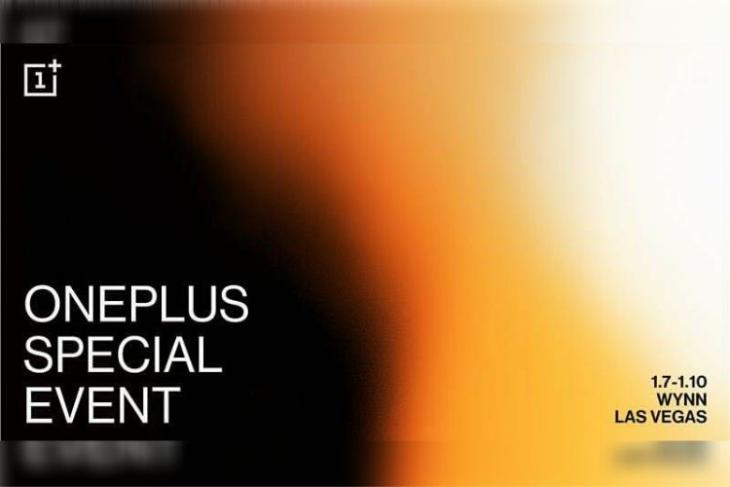 Earlier last week, OnePlus revealed that it will be attending its first CES convention next year. It didn’t say what it intends to bring to the table while sending out invites but has now confirmed to show off its first-ever concept phone – OnePlus Concept One.

Now, I know that name doesn’t really stand out and is straightforward, but what can we expect from this concept phone? The company in its official tweet says, “Come see an alternate vision for the future of smartphones with the unveiling of the OnePlus Concept One at CES.”

On the 6th anniversary of our founding, our commitment to doing things differently and pushing boundaries is stronger than ever.

Come see an alternate vision for the future of smartphones with the unveiling of the OnePlus Concept One at CES. pic.twitter.com/jrX64ant2F

The tweet doesn’t give anything away but if we were to speculate then OnePlus Concept One could either be a foldable or a portless smartphone. It would be cool to see how the company imagines foldable to be while the latter could feature a waterfall screen, under-display camera, dual ultrasonic fingerprint sensor (the one Qualcomm unveiled recently) and superfast charging – Warp Charge 4?

As OnePlus continues to establish itself as a key player in the West, the Chinese phone maker has sent out invites for its CES 2020 (Consumer Electronics Show) debut in Las Vegas, Nevada next year.

OnePlus has only organized standalone events to unveil its smartphone and now also a smart TV to date. This is the first time the company will be attending CES and its press invite doesn’t give anything away. It simply mentions that it’s a “Special Event” without specifying the exact date and time.

We'll show you something special. See you in Las Vegas.😎 https://t.co/22Vb4Gr0Zk

The black and orange theme of the invite hints at the company showing off OnePlus 7T McLaren Edition 5G at the CES show floor. It has been promoting the device in the U.S along with T-Mobile, of recent, and could be looking to show off the same. It could also announce when its next flagship, which will be powered by Snapdragon 865 chipset, is going to launch next year.

In the tweet above, OnePlus co-founder and CEO Pete Lau states that “We’ll show you something special” and it begs us to question whether the rumored OnePlus WearOS-powered smartwatch will finally see the light of day. It is expected to boast a circular OLED dial, heart rate sensor, possibly GPS, eSIM support, and a lot more.

If not the smartwatch, we would love to see the company talk about its return to the mid-range smartphone segment with the recently leaked OnePlus 8 Lite. Yes, if you haven’t heard, there could be a “Lite” variant in the OnePlus 8 series and it doesn’t look like such a bad idea after the unveiling of the Snapdragon 765 5G chipset.

OnePlus hasn’t made any major announcements outside its standalone events, so we’re eager to see what the company has in store. The company should drop hints and tease what it could unveil at CES 2020 in the coming weeks. What are your expectations from OnePlus’ event? Let us know in the comments below.