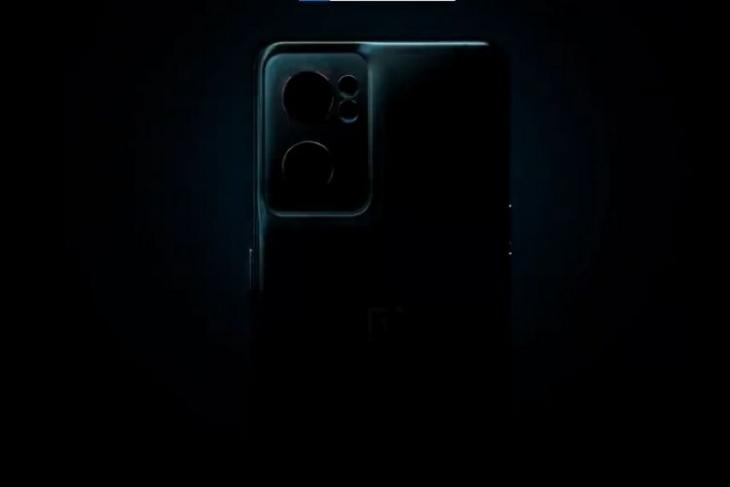 OnePlus was rumored to introduce a number of Nord phones in India, and as a step ahead on this route, the company has now announced that it will launch the long-rumored OnePlus Nord CE 2 5G on February 17 in India. OnePlus has also teased the design of the device via its official Twitter announcement post. Here’s a look at the details.

The tweet, while revealing the Nord CE 2 5G launch date, gives us a glimpse at what it will look like. We can see that the phone will come with a OnePlus 9-like design and will feature a vertically-arranged camera hump that will house two big camera housings. A small camera housing along with an LED flash was also spotted. The rear camera design also looks akin to the Realme GT Neo 2.

The teaser video also shows the phone with the volume rocker on the left side and the power button on the right side. As for the front part, it will most likely sport a flat screen with a punch-hole selfie camera. If you look closely, the Nord CE 2 5G doesn’t come with an alert slider, which was also true for its predecessor: the OnePlus Nord CE 5G, which was launched in India last year.

We don’t have any official details yet but there are a few rumors to look at. It is speculated that the OnePlus Nord CE 2 5G, which is touted to be something “#ALittleMoreThanExpected,” will feature a 6.4-inch AMOLED display with support for a 90Hz refresh rate. It is said to be powered by a MediaTek Dimensity 900 chipset, making it the second Nord to get a MediaTek SoC after the Nord 2. The phone might come equipped with up to 8GB of RAM and up to 256GB of storage.

Moreover, you can expect to find three cameras at the back, including a 64MP main snapper, an 8MP ultra-wide camera, and a 2MP macro camera. A 16MP front camera is expected too. A 4,500mAh battery with support for 65W fast charging can also be on the list. The phone will most likely run OxygenOS 12 based on Android 12.

Additional details include an in-display fingerprint scanner, a 3.5mm audio jack, USB Type-C port, 5G support, and more. As for the price, it could be a mid-ranger and fall somewhere between Rs 22,000 and Rs 28,000.

In addition, OnePlus has confirmed that it will release the OnePlus TV Y1S and the Y1S Edge alongside the Nord CE 2 5G. These new smart TVs are confirmed to feature a bezel-less display with Gamma Engine, run Android TV 11, have a low Latency mode, and loads more.

More official details are expected to be out soon, considering OnePlus has now started teasing the new Nord phone in India. So, stay tuned for more information.