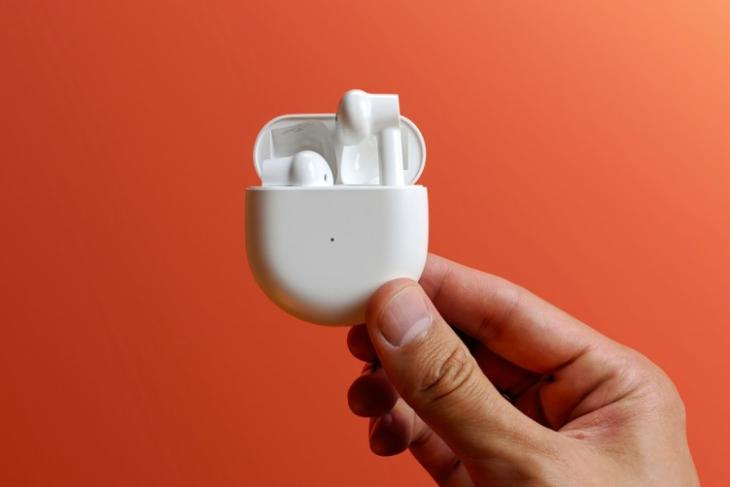 OnePlus Buds made its debut alongside the OnePlus Nord as the company’s first-ever pair of TWS earphones. They do have a resemblance to the Apple AirPods and today, which pair of TWS earbuds don’t? Many of them have a half in-ear design and a stem similar to the AirPods. The US Customs and Border Protection Agency has, however, seized thousands of OnePlus Buds and termed them as counterfeit AirPods in the US.

The US Customs Agency intercepted and seized 2,000 pairs of OnePlus Buds, which amount to around $400,000 (Rs. 2.9 crores) in the US. This is really funny and even OnePlus took it as a joke initially, asking the agency to return them back in an official tweet. The CBP, it seems like, does not do well with jokes as it is doubling down on its action against OnePlus Buds.

The agency rules out the possibility of the seizure being a mistake on their part. It has instead, in an official statement to The Verge, stated that the OnePlus Buds violate the Apple AirPods’ configuration trademark. An import specialist for CBP has concluded that “the subject earbuds appeared to violate Apple’s configuration trademark.” The Cupertino giant is said to have trademarks in place for their brand of earbuds with the CBP. OnePlus Buds were seized on the basis of the same at JFK Airport.

The biggest question that everyone demands an answer for is — why are the OnePlus Buds being subject to scrutiny when there a truckload of AirPods copycat selling freely on eBay, Amazon, or Wish in the US? The agency adds that the “seizure of the earbuds in question is unrelated to the images or language on the box. A company does not have to put an Apple wordmark or design on their products to violate these trademarks.”

Does this affect the sale of OnePlus Buds in the US? No, the TWS earbuds continue to be on sale in the US and there is currently no official statement from either OnePlus or Apple. The latter has also not taken any legal action against OnePlus or any other tech giant that has released TWS earbuds that look similar to AirPods. It seems like CBP is taking a tough stance against the company to save face in an embarrassing situation.