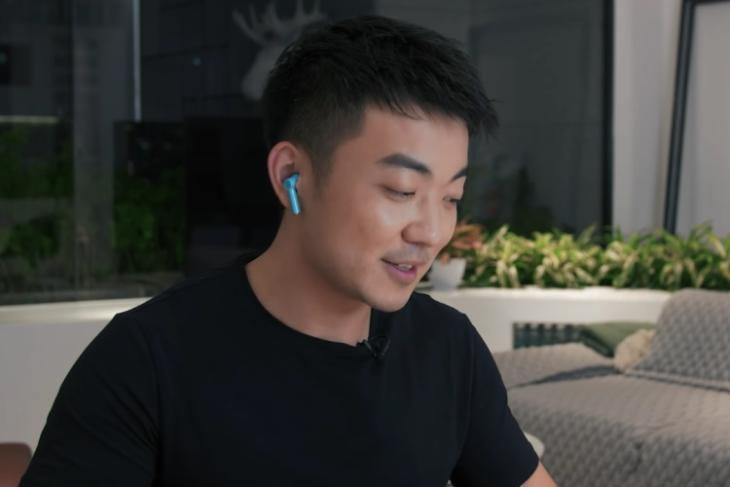 The publication has found official OnePlus Buds renders buried inside an app that will help control the TWS earphones. Right off the bat, one thing is clear. OnePlus Buds is going to be available in three colorways – white, black, and teal (you can see OnePlus co-founder Carl Pei sporting them in the image above). The white and black colorways are super common but the teal certainly looks funky. The neon interior only further adds to the pizzaz.

Let’s talk about the design now. As has been described before, the rounded case here looks very similar to the Pixel Buds. It seems to have a matte finish, an LED indicator for the battery on the front, and a physical button (for pairing and switching between devices) on the rear. 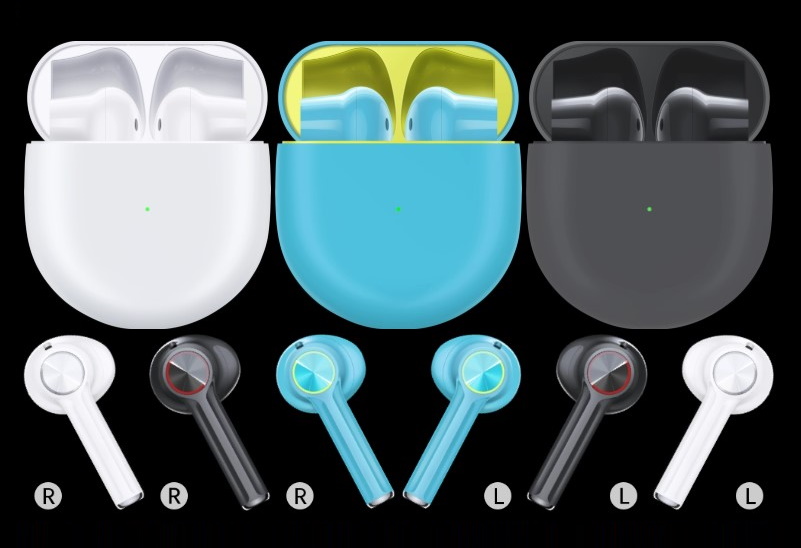 The earbuds, on the other hand, seems to have taken inspiration from a couple of TWS earphones out there. It has a half in-ear design, along with a chrome ring at the bottom – the same as Apple’s AirPods. OnePlus has added its flair to the design in the form of the flat circular design, with a red ring on the black variant (green on blue and chrome on white), that looks exactly like previous-gen Bullets Wireless earphones.

OnePlus Buds do look good in the renders above but we will have to go hands-on with them to know better. 9to5Google has also uncovered a couple of features for the Buds in their APK teardown. They will support Dolby Atmos, Find My Device, the ability to pick from a myriad of sound types (an equalizer), touch controls, and fast pairing to name a few.

OnePlus has officially confirmed that its TWS earphones will weigh 4.6 grams each. The charging case, on the other hand, weighs 36 grams. The highlight of OnePlus Buds will obviously be the battery life and fast charging speeds. The company promises up to 30-hours of battery life in total. You will get over seven hours of listening time on a single charge, which is amazing. There’s no wireless charging support – just to be clear.

There’s still a lot that we do not know about the OnePlus Buds. It will be interesting to see how the Chinese giant prices its first TWS earphones, especially with the wealth of features onboard.

OnePlus took to Instagram over the weekend to tease the price of its TWS earbuds. It may come as a surprise to many but the OnePlus Buds will be rather affordable. The caption, as you can see below, states “$xx.xx” and that means OnePlus Buds will be priced under $100 (around Rs. 7,499) at launch. 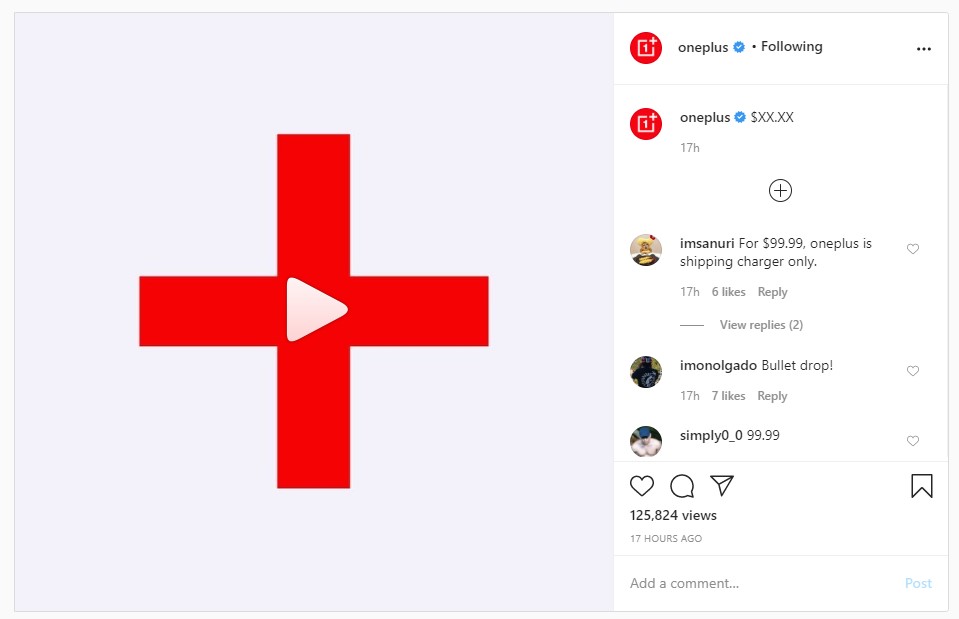 If OnePlus Buds are priced at around $79.99 (also under $100) then it translates to Rs. 5,999 in India. That could surely be an attractive price for OnePlus fans who have been looking forward to these TWS earbuds. This is, however, just a guess and the price can obviously be slightly higher.