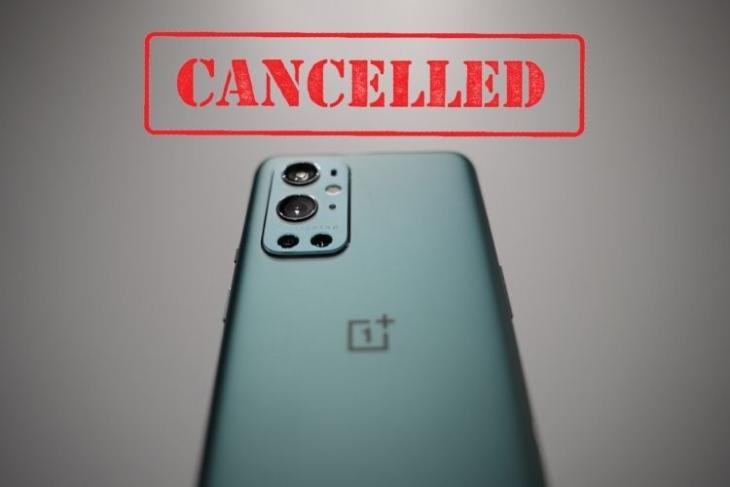 Earlier this year, we heard multiple reports suggesting that OnePlus might not launch the OnePlus 9T series following the launch of its numbered flagship series. Now, we have an official confirmation from OnePlus. The Chinese giant has confirmed that it will not launch the OnePlus 9T and 9T Pro later this year. Instead, we can expect the company to focus on other product categories, including the Nord and R-series.

The company recently confirmed the cancelation of the OnePlus 9T-series to several global publications, after hinting about it in the press release of its OxygenOS + ColorOS unification announcement. The company, after merging with Oppo earlier this year, is now ditching the OxygenOS platform for a unified OS that will include key features of both software skins.

So, following the OS unification announcement, OnePlus also confirmed that it will not launch the OnePlus 9T and 9T Pro in the market this year. However, the company further added that there “will be other releases” from OnePlus in 2021. Although the Chinese giant did not mention what these “other releases” will be, we can assume that it was talking about the OnePlus 9 RT, which is rumored to release sometime in October.

So, instead of the OnePlus 9T series, OnePlus 9RT will arrives as the successor of the OnePlus 9R later this year. It is rumored to bring minor upgrades over its predecessor. The device is rumored to pack a higher-binned variant of the Snapdragon 870 chipset and a 4,500mAh battery with 65W fast charging support. Moreover, it will reportedly rock a 50MP Sony IMX 766 primary lens at the back, which is an upgrade over the 9R’s 48MP primary sensor.

Now, although the device will launch as an upgrade over the OnePlus 9R, it is worth mentioning that it might include hints of Oppo’s new ColorOS 12 software experience in the OxygenOS 12 update. Furthermore, as per recent leaks, the device might launch on October 15 and will be exclusive to the Indian and Chinese markets.

OnePlus 9T or 9T Pro May Not Launch This Year