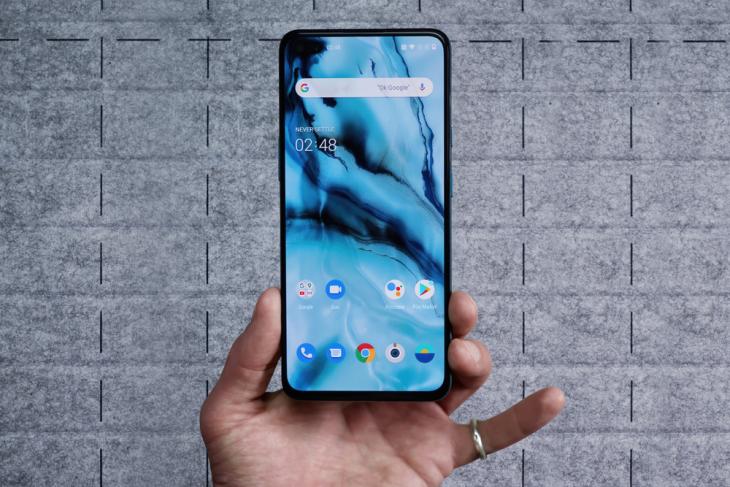 OnePlus has already confirmed that the flagship OnePlus 9 series and the OnePlus Watch arrive on March 23. It has shown off the two upcoming phones, the standard OnePlus 9 and OnePlus 9 Pro. However, OnePlus CEO Pete Lau has today confirmed that a third OnePlus 9 variant also launches next week. It is the long-rumored OnePlus 9R, which has been referred to as a budget-centric gaming smartphone by Lau.

The Budget-Tier OnePlus with Flagship-Grade Specs

Back in late 2020, an insider report from Android Central suggested that OnePlus, along with the flagship 9 and 9 Pro, was also working on a budget-centric OnePlus 9 Lite. Now, ahead of the launch event, News18 spoke with Pete Lau and he confirmed the launch of the OnePlus 9R 5G.

Now, the OnePlus 9R will solely cater to the Indian market as the lineup’s budget variant. But don’t worry, you will still get flagship-grade specifications. As per recent reports, the OnePlus 9R will include Snapdragon 865/870 SoC instead of the flagship Snapdragon 888 chipset. Moreover, the report stated that the device will feature a 90Hz or a 120Hz screen refresh rate for a smoother UI experience.

Lau, in the interview, has confirmed that the OnePlus 9R will be a “premium-tier device at a more affordable price point in India.” It will be equipped with the “latest technologies” that are there in modern smartphones. Moreover, it will be a gaming-centric device that will offer “smooth scrolling, immersive gaming controls, and a superior viewing experience.” The device will also feature 5G connectivity, citing the potential rise of 5G networks in India in the coming months.

Stay tuned for the launch of the OnePlus 9 series on March 23. We will be covering the launch in real-time, so come back for more information.