Skip to content
Home News Cyberpunk 2077-Themed Xbox One X Is Here and It Glows in the Dark! 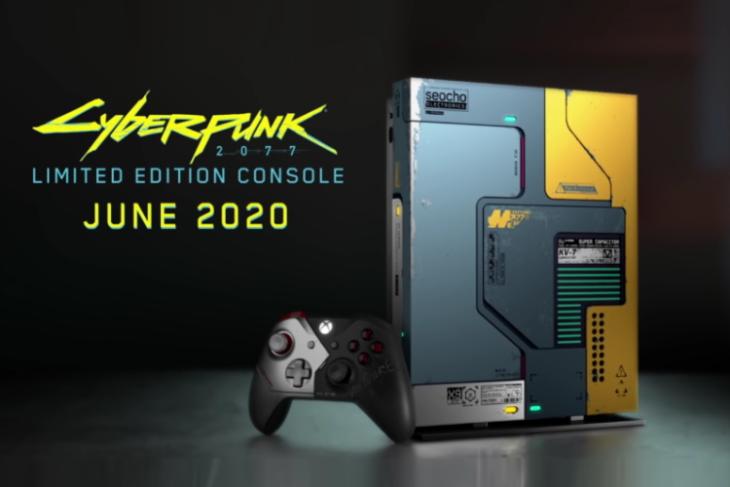 Over the past couple of days, Microsoft was teasing the launch of a new Cyberpunk 2077-inspired console. It not only posted cryptic teasers on Xbox’s social media but also made its website look like it has been hacked – with glitches and codes all over. Well, the mystery has been put to rest as the Cyberpunk 2077-themed Xbox One X console, along with a custom controller has now been revealed.

Though Xbox is yet to officially talk about this limited-edition console, an unlisted video titled “Xbox One X Cyberpunk 2077 Limited Edition Bundle” was spotted on Xbox’s official YouTube channel. It gives us a close look at what to expect from the console, launching in June later this year.

As seen in the video above, the Cyberpunk 2077-themed Xbox One X will have custom panels to give the console a rustic vibe. I mean, we are in the future with holograms & stuff, so the console needs to look like it has been patched up. You will also find laser etchings on the front.

The highlight of this console is that the ‘No future’ text on the side that glows in the dark. Yeah, if you are someone who likes to play games in the dark, then it should look amazing in your room. There are LED lights baked into the Xbox One X as well.

As some of you may have guessed, this limited edition Xbox One X will launch before the game itself. Cyberpunk 2077, starring Hollywood actor Keanu Reeves, is set to be released on 17th September, for those unaware. Microsoft is yet to reveal the official price and availability details, so stay tuned for more information.