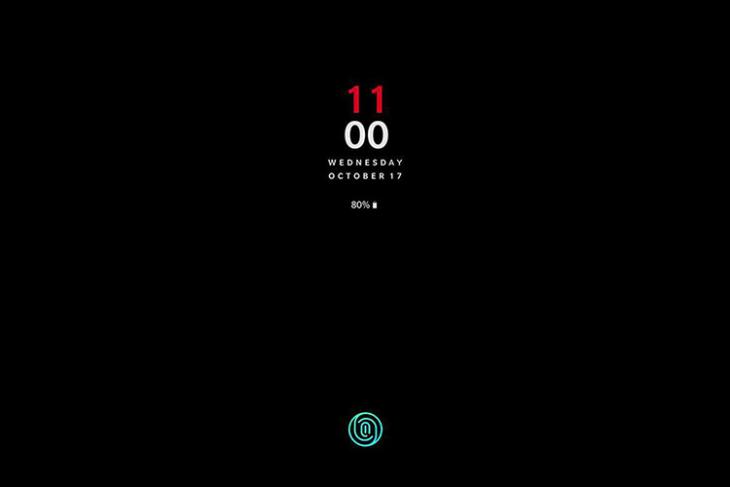 Chinese smartphone manufacturer OnePlus is expected to launch the OnePlus 6T sometime in October and the rumor mill has been churning out leaks and expectations about the device for quite some time. Among the rumors we’ve seen and heard, one that particularly stands out is the inclusion of an under-display fingerprint scanner on the OnePlus 6T.

In an email to CNET, the company said, “By adding this feature as an addition to other display unlocking options such as Face Unlock, users will have options to unlock the display in a way that is most efficient for them.”

Due to the new technology, the OnePlus 6T differs slightly from the OnePlus 6. The phone is 0.45mm thicker, and since the rear fingerprint scanner is now gone, the back has a more unibody look than before, said the company.

The phone is expected to come sometime in October, and judging by the date on the screenshot shared by the company, it might very well be the 17th of October when OnePlus decides to launch the new smartphone. We’ll just have to wait and see.