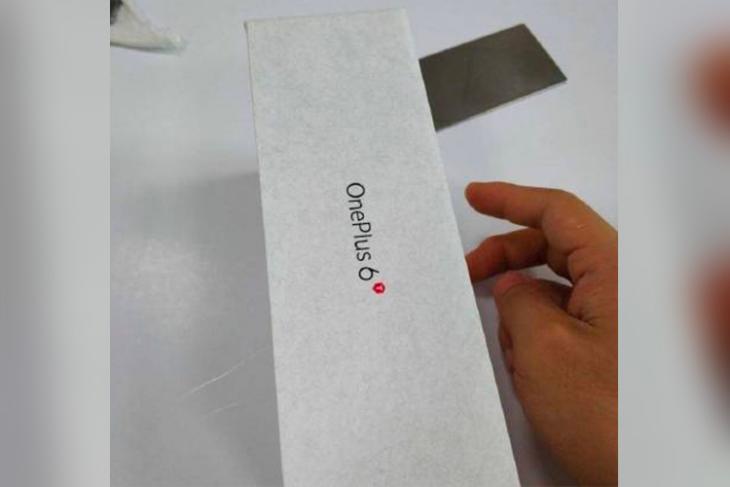 Chinese smartphone maker OnePlus is expected to launch the OnePlus 6T soon, and while we all expect it to take after the Oppo R17 Pro, details about the phone have so far been far and few in between. Now however, a new leak has popped up on Weibo showing the OnePlus 6T’s retail box, and it gives away quite a lot about the phone itself too.

As seen in the image shared on Weibo by VP Technology (a tech blogger from China) the box looks like it’ll have the names of various OnePlus Forum members printed on the inside.

There’s the OnePlus 6T branding on one side, and the words ‘Unlock the Speed’ on the other. We can also see the box showing a diagram of the OnePlus 6T and it pretty much confirms that the phone will indeed feature a waterdrop notch like the Oppo R17 Pro, and will also come with an in-display fingerprint scanner.

As far as specs are concerned, the phone will likely launch with Snapdragon 845, 6/8GB of RAM, and 64/128/256GB of storage, which would fall in line with OnePlus launching T variants with the same specs as the non-T variant but with improved design. We saw this happen with the OnePlus 5 and 5T, and it looks like the OnePlus 6T will follow the same tradition.