The OnePlus 5 was one of my favorite phones of the year and with the release of OnePlus 5T, I am even more impressed by OnePlus. I mean, the device brings everything you expect from a flagship in 2017 at a price of $499/Rs. 32,999. Isn’t that amazing? While the biggest improvement in the OnePlus 5T from the OnePlus 5 is the new 18:9 display, the camera too has received an upgrade. The new 16+20 MP dual camera setup is pretty amazing, especially in low light, thanks to dual f/1.7 apertures, and as we found out in our review, the OnePlus 5T camera performance is certainly great and definitely better than the OnePlus 5. Well, the OnePlus 5T camera is getting further improvements with a new update, that will be rolled out in early December.

Carl Pei, the co-founder of OnePlus, posted on the OnePlus forum about the upcoming changes to the OnePlus 5T camera and the upcoming update will bring camera improvements in three key areas:

The company will be testing the upcoming camera update with a few private testers before rolling it out to all the OnePlus 5T users.

Apart from this update, the OnePlus 5T just received a new Oxygen OS 4.7.2 update, which brings improvements to Face Unlock, fingerprint scanner, gestures, EIS and a patch for the Krack vulnerability. There’s also the usual bug fixes and performance improvements. Also, the OnePlus 5T should receive the Oxygen OS 5.0 beta with Android Oreo in December. 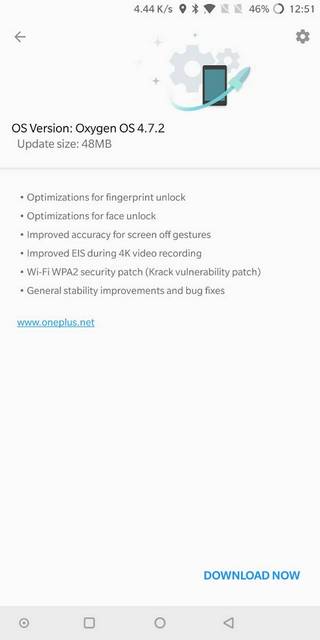 So, have you bought the OnePlus 5T? How do you like the camera? Do let me know in the comments section below.