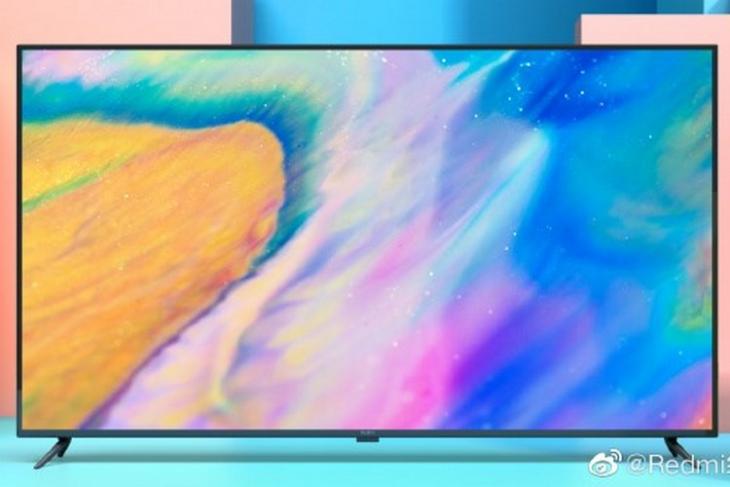 Just over a week before unveiling the Redmi TV on August 29, Xiaomi has shared an official image of the upcoming device, giving us a definitive look at its design. The image shows what seems to be a standard flat panel TV with thin bezels surrounding the display, and a prominent ‘Redmi’ branding on the bottom bezel. The image further reveals a small, protruding part just below the branding, with online speculations suggesting that it might house a camera to facilitate face unlock and video chats.

At least two Redmi TV models have been certified by China’s official certifications agency, 3C over the past weeks. While the listings themselves didn’t reveal too many details about the upcoming products, online rumors suggested that the lineup may initially include at least two models with model numbers L70M5-RA and L40M5-FA. According to a tweet from tipster Xiaomishka (@xiaomishka), last month, the two aforementioned will offer 4K UHD screens, measuring 70-inches and 40-inches, respectively.

Following the launch of RedmiBook laptops and even a Redmi-branded washing machine earlier this year, Xiaomi is all set to enter the smart TV category with its value-for-money brand. While the company already sells Mi-branded televisions, the latest initiative is expected to allow it to reach newer consumers in developing markets.

The exact launch date, pricing and availability details of the Redmi TV remain a mystery for now, as do all of the other key details, including hardware specs and software features. However, given that the company is also said to launch its Redmi 8-series smartphones on the same day, August 29 promises to be massive for Xiaomi and its fans worldwide.

‘Redmi TV’ Gets Certified in China Ahead of Expected Launch