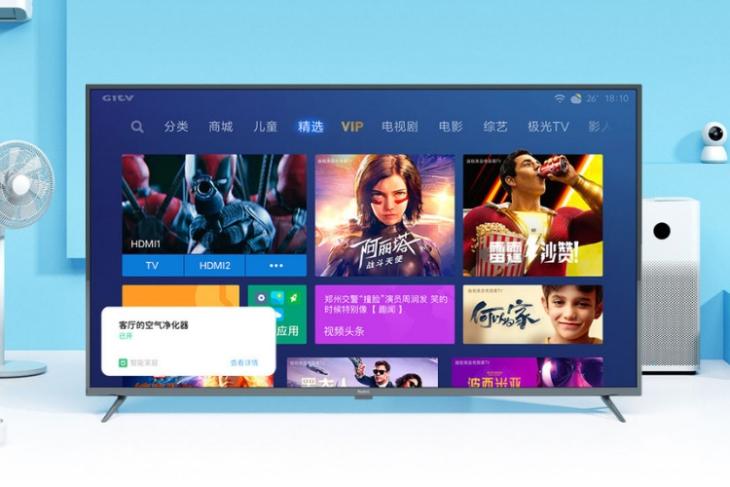 Alongside the Redmi Note 8 Pro in China last week, Redmi also introduced its much-anticipated 70-inch Redmi TV at a pretty affordable price of 3,799 yuan (roughly Rs. 38,000). We were aware that Redmi was going to unveil a massive 4K smart TV, but no one expected that jaw-dropping price tag.

Well, Xiaomi’s budget-focused sub-brand seems to be confident in its endeavors and has now expressed that it strives to double the existing sales in the domestic 70-inch TV market. Redmi’s General Manager Lu Weibing today took to Weibo to announce that the first batch of Redmi TV went up for pre-ordering today and the demand is strong.

Weibing then continued to talk about China’s TV market, saying that the monthly sales in the Chinese TV market are around 3.3 million units. The proportion of the giant screen TV market is currently nascent and accounts for around 3% right now – of which 70-inch TVs holds a mere 1% market share. This means about 30,000 70-inch TVs are sold per month in China.

After this, Weibing confidently added (translated from Chinese to English) that, “Set a small goal first: Redmi TV doubles this market size by relying on its 70-inch Redmi TV.” This means Xiaomi is confident that the huge Redmi TV is going to attract many users, such that it can contribute to doubling the sales of TVs in the country.

Redmi TV, for those unaware, features a massive 70-inch 4K HDR display with minimal bezels. It is powered by a quad-core Amlogic processor, coupled with the Mali-450 MP3 GPU, 2GB RAM, and 16GB internal storage. It runs Xiaomi’s Patchwall skin on top while also offering all the essential connectivity options to its users.

This is certainly going to be a mountainous task that I look forward to, but it does look achievable when I factor in the affordable pricing. What are your opinions on it? Let us know in the comments section below.