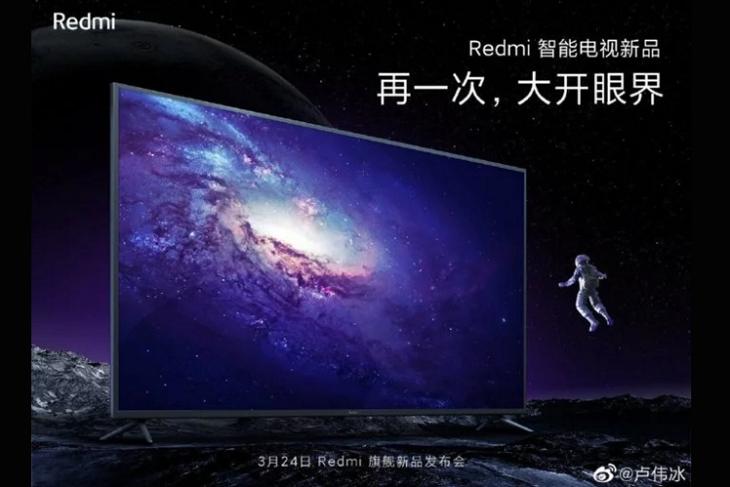 Xiaomi will launch a new Redmi TV alongside the Redmi K30 Pro in China on Tuesday. The announcement was made earlier today on Chinese micro-blogging site, Weibo, by Redmi General Manager, Lu Weibing. GizmoChina further speculates that the company may also unveil new RedmiBook 14 variants powered by AMD Ryzen chips and a new air purifier called the Redmi Air Purifier F1. Xiaomi is yet to confirm either of the above officially, but thankfully, we won’t have to wait too long to figure everything out.

While Xiaomi does sell a number of Mi TV models in India, it is yet to launch its Redmi TV range in the country, so the new TV is unlikely to make its way here any time soon. While the RedmiBook is also likely to remain a China-exclusive for now, it will be interesting to see if the new air purifier will be launched in India at some stage. Xiaomi’s portfolio in the country already includes the Mi Air Purifier 3 that was launched late last year.

Meanwhile, Xiaomi has long confirmed the launch of its Redmi series flagship, the K30 Pro, on March 24. The device will ship with a 60Hz AMOLED display, the Snapdragon 865 SoC, a quad-cam setup at the back possibly headlined by the 64MP Sony IMX686 primary sensor, an in-display fingerprint scanner and support for dual-band 5G networks. It is also expected to come with up to 12GB of RAM and 256GB of internal storage. A 4,700mAh battery with 33W fast charging may be on the cards as well.