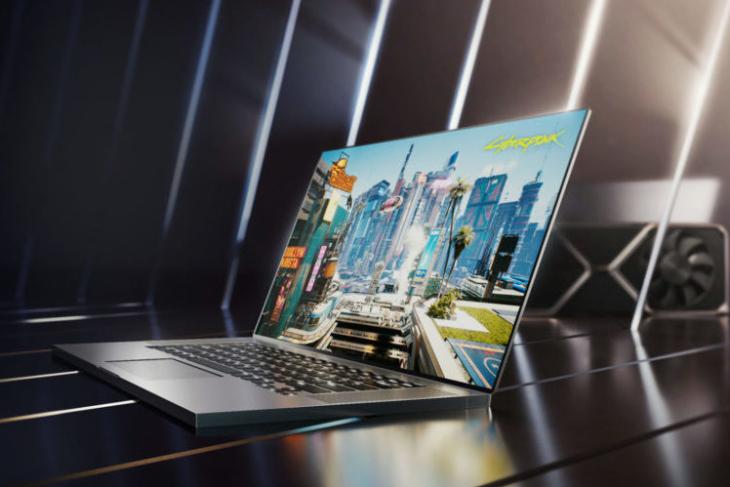 As teased over the past week, Nvidia has announced today its much-awaited GeForce RTX 30-series laptop GPUs at CES 2021. The company brings its Ampere architecture GPUs to portable gaming laptops with the third-gen Max-Q technology in tow.

Nvidia has unveiled the GeForce RTX 3080, RTX 3070, and the RTX 3060 Max-Q GPU for gaming laptops. These GPUs, as per the press release, will increase energy efficiency by up to 2 times and offer beautiful ray-tracing experiences. They will also be a boon for creators, enabling 2x faster than previous-gen Nvidia GPUs and 30x faster rendering than CPU.

What’s new in third-gen Max-Q technology? The company is using AI and new system optimizations to adjust the performance of RTX Max-Q laptops. They will bring along a Dynamic Boost 2.0 feature that optimizes the maximum performance. The AI network balances the power between the CPU, GPU, and GPU memory. The resizable BAR is an “advanced PCI Express technology that enables all of the GPU memory to be accessed by the CPU at once.” There’s DLSS and WhisperMode 2.0 present onboard as well.

Who will first launch GeForce RTX 30-series laptops? The company has revealed that more than 70 laptops powered by these mobile GPUs will go on sale from January 26 onwards. Nvidia’s top OEM partners, including Acer, Alienware, ASUS, Gigabyte, HP, Lenovo, MSI, and Razer will launch laptops powered by RTX 30-series GPUs at CES 2021 or in the coming weeks.

Nvidia confirmed that GeForce RTX 3070 and RTX 3080 Max-Q laptops will launch later this month, as stated above. Gaming laptops powered by the GeForce RTX 3060 Max-Q will be coming in the future, starting at $999 in the US.