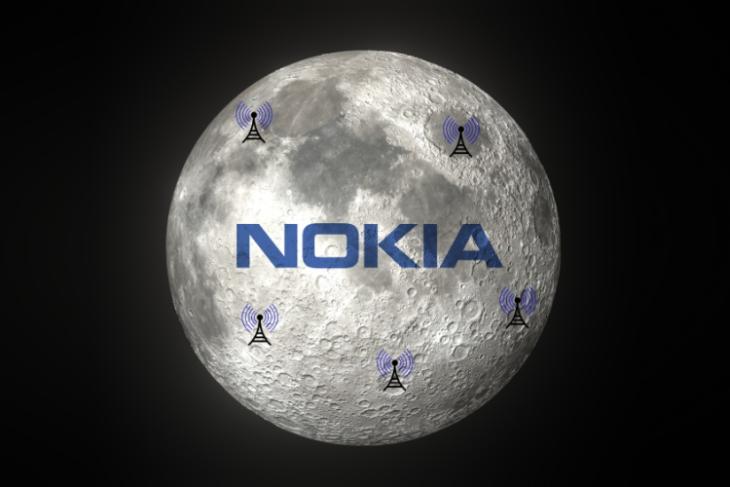 While everyone on Planet Earth can’t stop gushing about the 5G wave and their new Snapdragon 865 phones, Nokia is planning to set up a 4G LTE network on the moon. The Finnish telecom giant is partnering up with NASA to support faster and reliable communication on the lunar surface.

Nokia has secured $14.1 million in funding as part of the $370 million NASA program to send astronauts to the moon in 2024. The Finnish giant will be touted as the first to build a 4G/ LTE communications system in space. Why is 4G important for lunar exploration? Why not just establish a 5G network you ask?

Well, if you’ve read about 5G network technologies, you would know that 5G signals can only travel shorter distances. NASA and Nokia are looking to build a more reliable 4G network to make it possible for the lunar rovers, astronauts, and possibly, the ISS or other spacecrafts to easily communicate with each other.

“With NASA funding, Nokia will look at how terrestrial technology could be modified for the lunar environment to support reliable, high-rate communications,” said Jim Reuter, associate administrator for NASA’s Space Technology Mission Directorate. If we were to be precise, Nokia of North America, a subsidiary of the Finnish company, has received the said contract.

Looking back, this is not the first time Nokia has expressed its interest in setting up a 4G network on the moon. Nokia and Vodafone had partnered with German aerospace company PTScientists and carmaker Audi back in 2018. They outlined a project that would see HD video footage (instead of just pictures) of the moon’s surface being sent back to Earth.

Now, a dedicated 4G network is essential as NASA plans to set up a moon base as part of the Artemis Mission. It kicks off in 2024 and will see the company set up research facilities, with plans to see astronauts working on the lunar surface by 2028. This will also act as the intermediary terminal for inter-planetary travel, which Elon Musk envisions for the coming years.