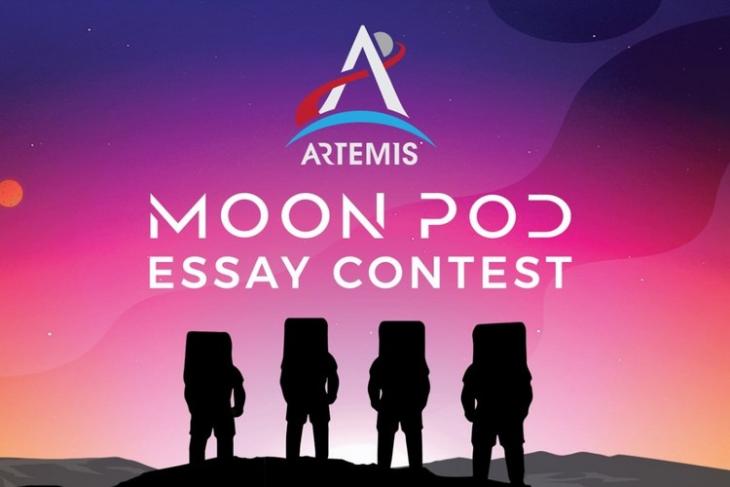 The American Space Research organization, NASA, as we know, has been eyeing to get humans to land on the Moon for the second time since quite some time now. Earlier this year, we saw the organization hold a contest for the public to design a miniature payload for compact Moon rovers. Now, the researchers at NASA are inviting students around the world to imagine leading an expedition on our natural satellite for one week.

The “Artemis Moon Pod” contest invites all “K-12 creative minds” to write an essay on a hypothetical one-week expedition on the Moon. The announcement of the contest came recently via a tweet (below) from the official Twitter handle of the space organization.

Calling all K-12 creative minds: Who would be your dream team to explore the Moon with? What would you take to help with your mission?

Submit your #Artemis Moon Pod essay for a chance to travel to @NASAKennedy for the Artemis I test launch: https://t.co/TehG0H3riy pic.twitter.com/LJfHyh1ryh

Now, according to the official post about the contest, the researchers at NASA want students, from Kindergarten to the 12th grade, to write an essay about leading a team of explorers on the lunar surface. In their essays, the participating children have to describe their whole team of explorers with all the nitty-gritty details like what their personalities are like and what qualities do they possess that will help the research expedition.

Apart from detailing the team, the students also need to write about a robot or a machine which they will leave behind on the Moon for future lunar explorers.

To make the contest fair and square for all the age groups, NASA has divided the students into three groups. And the word limit of the essays depends on these groups.

Participants of the contest will receive an official certificate from NASA and will be able to experience a NASA virtual event, that too featuring a real astronaut. Semifinalists will get a chance to represent their state or region in many Artemis Explorer sessions with NASA experts.

The nine final participants will get to explore the Johnson Space Center with a parent. While the national winners in each division will be given a family trip to NASA’s Kennedy Space Center in Florida to watch the Artemis flight test with the world’s most powerful rocket.

So, if you are a student with space-obsession, then buckle up and start writing your lunar masterpiece. However, before you start, do not forget to brush-up your Moon-knowledge with the resources provided by Future Engineers, the organization which is helping to run the contest.

Check out the video for the contest right below.