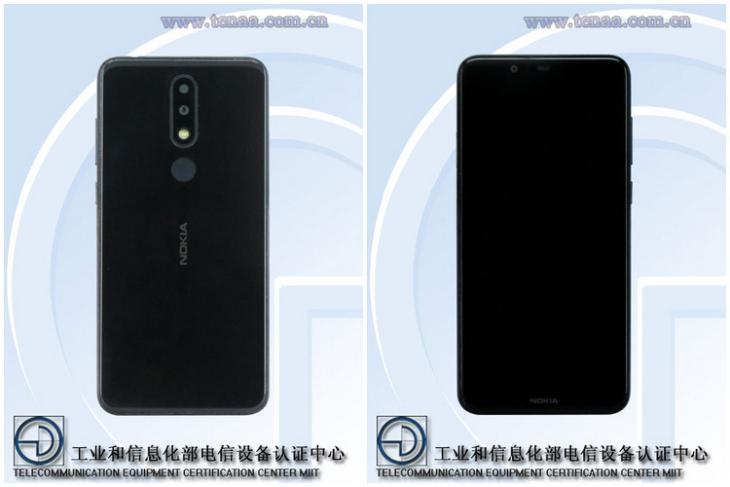 After launching the Nokia 5.1 as a successor to last year’s Nokia 5, HMD Global is believed to be working on a new mid-ranger that carries the model number TA-1109 and it is expected to be marketed the Nokia 5.1 Plus.

The device has just been spotted on the website of Chinese electronics certification agency, TENAA, just days after receiving its certificate from the Bluetooth SIG, all of which hints at an imminent launch.

While the images on TENAA doesn’t confirm the presence of a notch, earlier renders did suggest that the 5.1 Plus will be the next Nokia-branded smartphone to feature the design element that seems to be going out of style as quickly as it became a style statement. In fact, the stated pixel resolution of the 5.86-inch TFT panel – 1520 x 720 pixels, 19:9 aspect ratio – also strongly suggests that the device will, almost definitely, ship with the dreaded design feature.

Apart from the design element, the TENAA listing, as usual, also lists many of the tech-specs of the upcoming device, revealing that it will be powered by an octa-core processor clocked at 2.0 GHz. While the exact SoC remains a mystery, some rumours point to a Helio P60 for the phone or a Snapdragon 600-series chipset. The device will also offer three different RAM options (3/4/6GB) along with either 32GB or 64GB of internal storage and a microSD card slot.

On the imaging side of things, the Nokia 5.1 Plus will offer a dual camera setup on the back with a 13MP+8MP module, but there’s no word on the front camera. The phone is expected to have a 3,000mAh battery and run Android 8.1.0 Oreo out-of-the-box.