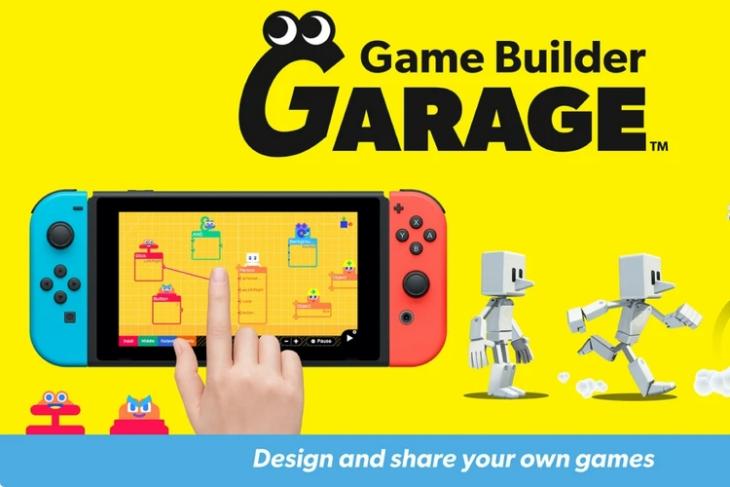 Nintendo has released a new game for Switch that helps you make your own games. Titled Game Builder Garage, the game is currently available for pre-order at $22.99 via Nintendo’s Store. The game will be available from June 11, 2021.

Nintendo Game Builder Garage doesn’t involve writing code and uses visual programming instead. All you have to do is connect creatures they call ‘Nodon’ to build your game. You can customize in-game objects, background music, effects, and more. You can switch between programming and game screens to check your progress. The game also packs checkpoints to test your skills between lessons.

“Have you ever dreamed of building your own video games? The Game Builder Garage software is a great place to start! Anyone can learn the basics of game design and visual programming with step-by-step lessons created by the minds at Nintendo,” explains the company.

Nintendo says it has added guided lessons to teach players how to build seven games including Tag Showdown, On a Roll, Alien Blaster, Risky Run, Mystery Room, and Thrill Racer. What’s more, you can share the games you’ve created with friends by exchanging codes. In addition, you can also view how your friend has built their game and even work together on games.

While building the game, Nintendo offers the flexibility to use a compatible USB mouse on TV mode. You can also use touchscreen controls or buttons to play Nintendo Game Builder Garage.

As mentioned earlier, Game Builder Garage is up for pre-orders on Nintendo’s Store. If you’re interested to try it out, you can use this link to pre-order the game. Meanwhile, feel free to go through our list of the best Nintendo Switch games if you’re looking for a game you can play right now.