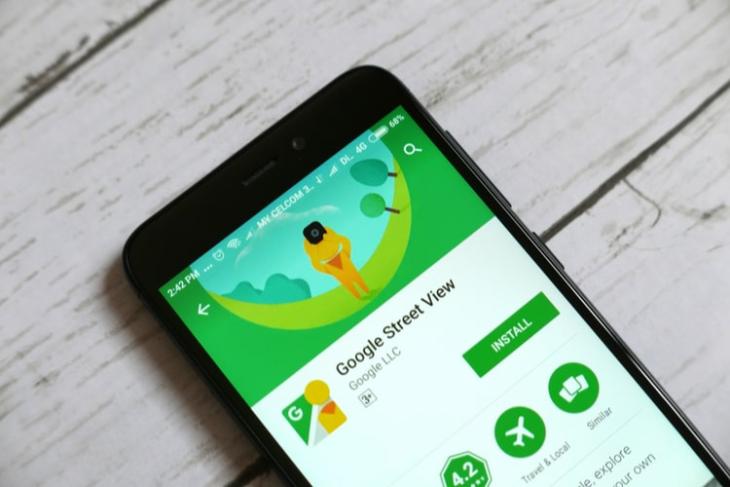 Google, as you might know, has been improving its Street View feature in Google Maps for quite some time now. The company, late last year, added support for user-contributed “Street View” images. Now, they are rolling out a new split-screen UI to provide users with a better experience with the app.

For the uninitiated, Google introduced Street View almost a decade back. Since then, this massive database of street-images has been the source of many projects, games, and researches. Apple also added a similar feature to its Maps app dubbed “Look Around” back in 2019.

However, Google’s Street View is a much more mature feature than Apple’s comparatively newer offering, and the Mountain View-based giant is looking for more ways to improve it further. So, the company is now rolling out split-screen support on Google Maps’ Street View functionality.

This new split-screen UI will launch automatically when you open up Street View from a pinned location on your Android device. On the other hand, if you access the Street View images from a location’s listing, they will open in a regular full-screen UI. However, there will be a tiny “shrink-view” button in the bottom-right corner.

In the new split-screen UI, the actual map below the Street View image now has blue-highlighted pathways to depict street-level imageries and interactive dots for user-contributed images.

Now, keep in mind, Street View is not available for every location in the world. It is only available for a few countries, as of now. Nonetheless, Google has been covering new areas every day with their special Street View Cars to add immersive images in their Street View database. You can check out a list of countries and areas the team plans to head next on their official website.

As per reports and Redditors, the new split-screen mode is now widely rolling out for Android users. However, we haven’t received the said update on any of our devices as of now.