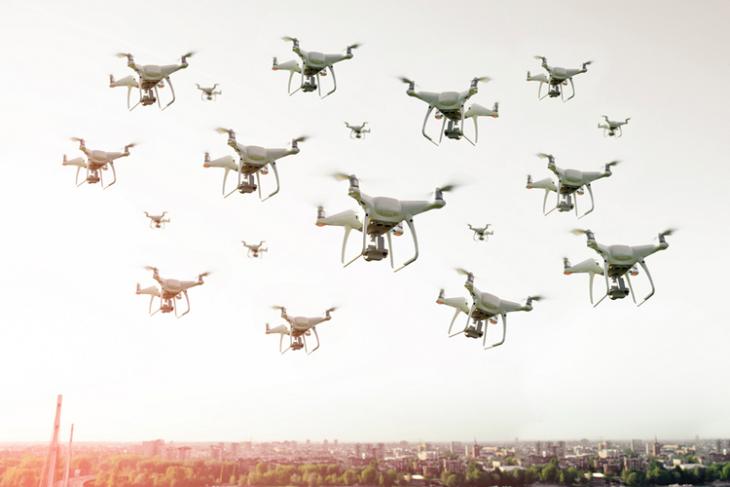 A group of drones was reportedly been spotted in the sky at night last week in Colorado and Nebraska that made the residents anxious and worried. The police officials in charge have no idea regarding where these drones are from.

“They’ve been doing a grid search, a grid pattern. They fly one square and then they fly another square,” Colorado’s Phillips County Sheriff Thomas Elliot told the Denver Post. The drones have an approximate six-foot wingspan and stay 200 to 300 feet away from buildings. At least 17 drones have been spotted till now. They appear at around 7 PM at night and disappear at around 10 PM.

Until now, the drones have not been caught doing any illegal or unofficial activities. “They do not seem to be malicious. They don’t seem to be doing anything that would indicate criminal activity,” Sheriff Elliott added. The Federal Aviation Agency, the Air Force, Drug Enforcement Administration, and US Army Forces Command confirmed that the drones did not belong to them.

“I’ve been in contact with the FAA regarding the heavy drone activity in Eastern Colorado and I’m encouraged that they’ve opened a full investigation to learn the source and purpose of the drones. I will continue to closely monitor the situation,” wrote Cory Gardner, US Senator – Colorado on his official Twitter handle.

The investigation is going on and we will have to wait until the government officials unravel the mystery behind these giant drones. From the looks of it, it seems like some new drone-startup company could be testing out their new drones. What are your guesses? Tell us in the comments.