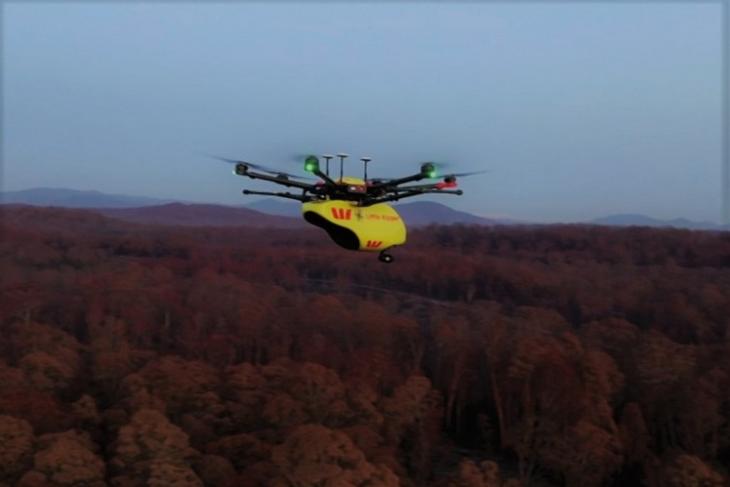 Since the evolution of drones, they have been used to carry out many important tasks. They have aided projects like planting trees in large areas, inspecting unattainable metro tunnels, and even deliver emergency supplies to hospitals. Now, Australia is using these flying machines to monitor and rescue their wildlife.

According to a recent report by BBC, researchers and animal experts in Australia are using drones with thermal cameras to monitor their precious animals and trying to keep them safe.

Drones to the Rescue

A BBC official, Nick Kwek, joined a team of experts in spotting kangaroos and koalas in the dense bushlands. According to Nick, the special drones equipped with thermal camera kits can cover a huge area in no time and spot kangaroos by their body temperatures, even through dense canopies.

“We fly over an area and there’s kangaroo that seems to me moving a little bit differently, or not as efficiently as it usually would or not normal movement patterns, then we’d focus on that. And if we bring the drone a little bit closer and they don’t move or they don’t scare or a human gets closer to them and they don’t move or scare, then we know something is probably wrong with its health. And we’ll focus on identifying that and passing them on to rescuers.”, says Ben Trollope, the CEO of Westpack Little Ripper. His company makes animal-spotting and rescue drones for many projects like this one.

An “AI” to Spot Koalas

On the other hand, Dr. Grant Hamilton from Queensland Unversity of Technology has created an AI algorithm using computer vision that can automatically detect Koalas in the wild. Initially, it didn’t work as it was false detecting kangaroos instead of koalas. Then it started to detect “humans and even hot car bonnets”, according to Dr. Hamilton. However, after continuously perfecting the algorithm, the doctor was able to achieve the desired results at last.

After the inception of drones in wildlife rescue missons, experts saw a huge increase in the number of rescued animals. One of the doctors of Currumbin Wildlife Hospital, Dr. Michael Pyne says that when he joined the hospital, they admitted as low as 3 koalas in a whole year. Last year, the hospital admitted 600 rescued koalas.

Dr. Pyne says, “Technology such as drones and using those thermal cameras can mean large areas can be covered in short periods of time, you know relatively cheaply, to get those numbers like ‘how many koalas are there’ and that makes all the difference”.

So, this is how Australian researchers and doctors are using technology to safeguard their animals. What do you guys think about this approach? Let us know down in the comments.