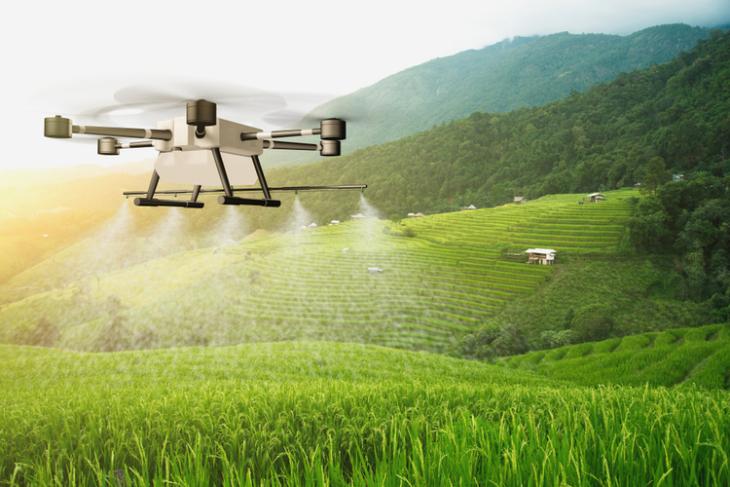 After the hit from the COVID-19 pandemic, things could not have been worse for India as herds of migrating grasshoppers, commonly known as locusts, attacked the food crops in parts of Punjab, Rajasthan, and Madhya Pradesh. It is the greatest locust attack India has seen in over 27 years. Analysts have already predicted that the insects can destroy crops worth more than Rs 8000 crores if they cannot control the attack by the monsoon. So, to combat the insects, the Indian government has now given permission to the agricultural ministry to fly drones under “conditional exemption”.

The announcement came from the Ministry of Civil Aviation after the urgency of the situation rose. With a recent order, the aviation ministry gave permission to the agricultural ministry to fly remotely piloted aircraft, aka drones, to spray pesticide and survey infected areas under “anti-locust” measures.

“In view of the urgency of the matter, the Government of India, in exercise of powers conferred under Rule 160 of the Aircraft Rules, 1937, provides “conditional exemption” to Ministry of Agriculture and Farmers Welfare,”, the order stated.

At this point, we have all seen how drones can be a pretty useful tool in surveillance and as carriers of payloads. So, there is a pretty low chance that this move by the Indian government would fail.

Now, the “conditional exemption” states that no drones without a Unique Identification Number (UIN) or Drone Acknowledgement Number (DAN) would be allowed to fly. As of now, the government has granted DANs for about 20,000 drones. And the Faridabad-based Directorate of Plant Protection, Quarantine and Storage (DPPQS) has been made the direct concern office for the programme.

Recently we saw the Indian government give permission to Swiggy, Zomato to test drone deliveries in the country. Now, after this move, industry experts think that India could come up with more diverse guidelines for using drones by civilians. It can also improve the local drone industry of the country.