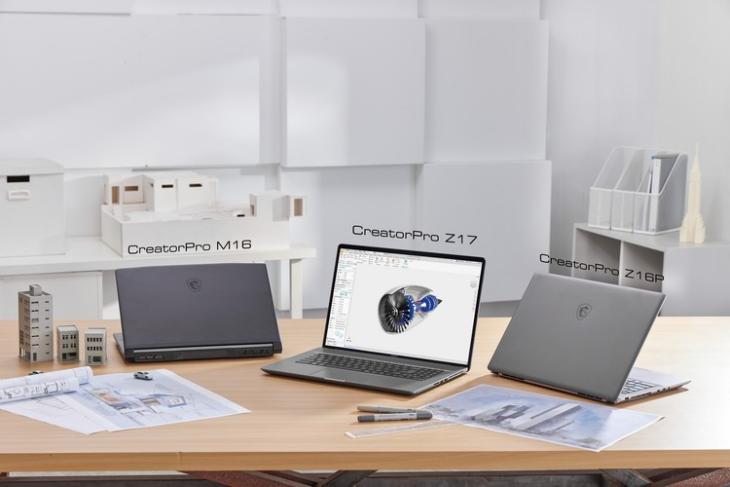 After upgrading its gaming laptops with Intel’s latest 12th-Gen processors and Nvidia’s RTX 30-series GPUs earlier this year, MSI has now launched a bunch of new creator-focused laptops with the latest RTX GPUs and the latest 12th-Gen Intel processors. This includes two new models under its CreatorPro Z-series and three under the CreatorPro M-series. So, let’s take a closer look at the key specs and features.

Under the hood, both models pack up to 12th-Gen Intel Core i9-12900H processor, paired with either a 16GB Nvidia RTX A5500 GPU or a 12GB RTX A3000 GPU. As for the memory, there are two slots for internal storage for up to 64GB and DDR5-4800 RAM. MSI says that the devices can deliver up to 45% better performance than their predecessors. They are backed by a 4-cell 90Whr battery that charges with the included 240W adapter.

As for the I/O ports, both the laptops feature a Thunderbolt 4 port with PD charging, a USB-C Gen 2 port, a USB-A port, an SD card reader, and a 3.5mm audio jack. However, the Z17 features an additional HDMI port that can support an external 8K 60Hz display or a 4K 120Hz monitor.

Other than these, the CreatorPro Z17 and the Z16P come with RGB keyboards with per-key RGB support, a quad-speaker setup, a webcam, and a fingerprint reader with Windows Hello support. Furthermore, the laptops support the latest Wi-Fi 6E and Bluetooth 5.2 technologies for better wireless communication. The laptops run Windows 11 Home or Pro out-of-the-box and come in a Lunar Gray color.

Coming to the CreatorPro M series models, there are three – the CreatorPro M17, the CreatorPro M16, and the CreatorPro M15, coming with 17.3-inch, 16-inch, and 15.6-inch screens, respectively. While the higher-end M17 model supports a 144Hz refresh rate, while the M16 does not. However, both the M17 and the M16 come with QHD+ displays with a screen resolution of 2,560 x 1,600 pixels. The M15, on the other hand, features an FHD panel, though there is an optional model with a 144Hz display.

Additionally, the CreatorPro M laptops come with a white-backlit keyboard and support Wi-Fi 6, Bluetooth version 5.2 technologies, and dual stereo speakers. Unlike the CreatorPro M16 and the M15, the M17 features a fingerprint sensor. All the models run Windows 11 Home or Pro out-of-the-box.