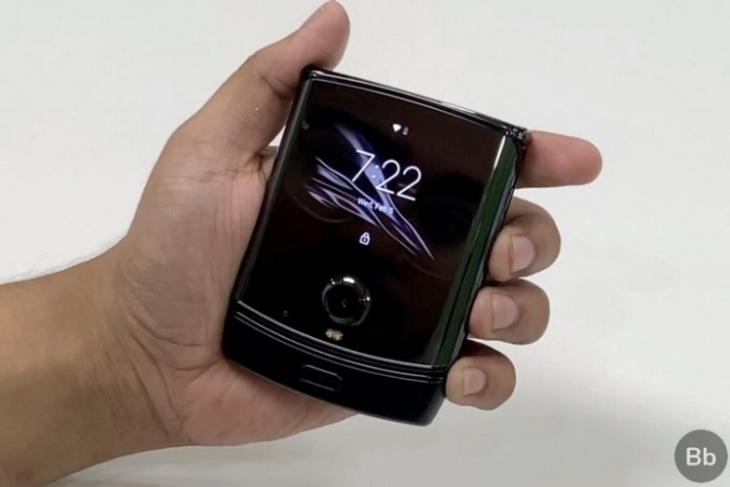 Motorola’s nostalgic take on folding phones – the Motorola Razr, faced a plethora of issues when it came out. Right from multiple delays after the original announcement to concerns regarding durability, the phone didn’t fare well as Motorola would’ve expected. The company is now planning to make a comeback with the second generation Moto Razr.

As reported by Android Authority quoting Lenovo’s South Africa general manager Thibault Dousson, the next-gen Moto Razr is already in the works. Dousson spilled the beans on a podcast named ‘Reframed Tech’. The gadget should hopefully be out later this year in September.

The proposed timeline sounds a bit too early considering the fact that the Motorola Razr just recently went on sale in the U.S. this February and in March here in India with a shocking Rs. 1,24,999 price tag. However, it is worth keeping in mind that the company announced the Motorola Razr 2019 last November, meaning Motorola had finalized the product months ahead.

While we don’t have any specific information regarding the specifications or design of this upcoming Motorola Razr phone, there’s certainly room for improvement in the current iteration, ranging from better internals, durability, and pricing. It will be interesting to see how the company manages to pull off the second-generation of the Motorola Razr after learning from its mistakes.

So, what are your expectations for the Motorola Razr 2020? Would you consider getting one with incremental upgrades over the current one or are you open to experimentations in design? Let us know in the comments.