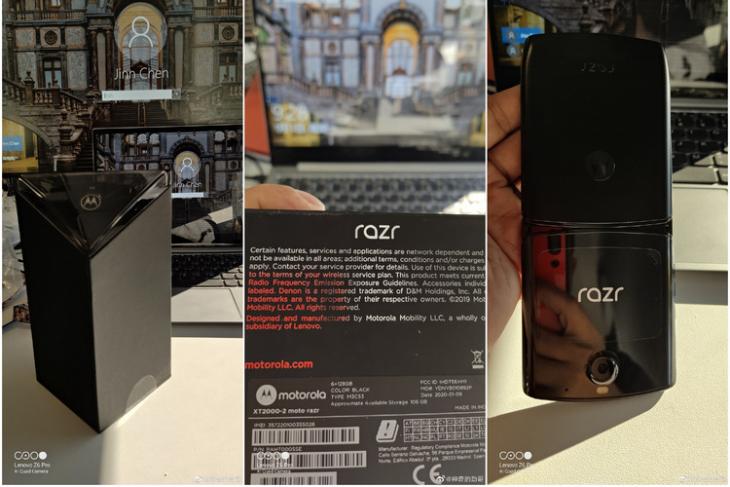 Exactly two months after Lenovo officially unveiled the Moto Razr 2019 folding smartphone, the device is apparently all set to go on sale sooner rather than later. While there’s no exact launch date for it just yet, the General Manager of Lenovo’s mobile division in China has shared an image of the retail box of the new device, showing its model number (XT2000-2) and some of its specifications.

As can be seen from the image, the device will apparently come in an eye-catching triangular box that carries a manufacturing date of January 9, 2020. What’s really noteworthy though, is the ‘Made in India’ tag that suggests Lenovo is assembling the device in India, possibly as part of the government’s Make in India scheme that offers generous tax breaks to companies for setting up manufacturing facilities in the country.

It’s worth noting that Lenovo last month announced it had postponed the launch of the Motorola Razr 2019 indefinitely, ostensibly, because of high demand. The company didn’t reveal when the phone was expected to launch eventually, but claimed that the timing won’t differ significantly from the original timeframe. According to original plans, the device was supposed to go on pre-order on December 25th, with sales slated to begin January 9th.

The company unveiled the Motorola Razr 2019 folding smartphone in November following weeks of heightened speculations, leaks and teasers. The device comes with some cool features and boatloads of nostalgia, starting with the clamshell form factor of days gone by. The phone was always expected to come to India given all the teasers Motorola India has been posting on social media, but given that it is being manufactured in the country, it will hopefully sport a relatively more affordable price-tag than the whopping $1,500 (around Rs. 1.05 lakh) it is expected to cost globally.