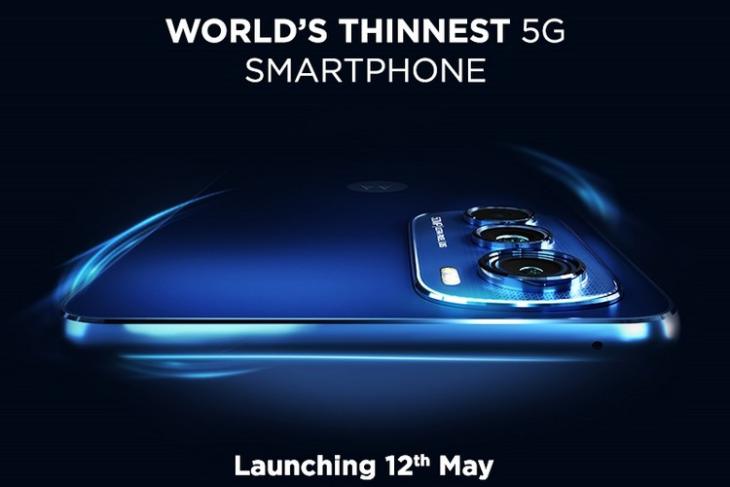 After launching the high-end Snapdragon 8 Gen 1-powered Moto Edge 30 Pro in India and globally, Motorola unveiled the vanilla Moto Edge 30 late last month. Now, the Lenovo-owned company has announced that it will launch the Moto Edge 30 in India this month. So, let’s take a look at the details below.

Motorola recently took to Twitter to officially confirm the launch date of the Moto Edge 30 in India. The company is marketing Moto Edge 30 as the world’s thinnest 5G smartphone and has announced to launch it on May 12 in India. You can check out the announcement tweet attached right below.

Upon launch, the Moto Edge 30 will be available to buy on Flipkart. Apart from that, the device will also be sold in Reliance Digital Stores and other large-format retail outlets across the country.

Coming to the key specs and features of the Moto Edge 30, we already have an idea about the phone’s spec sheet. To recall, it sports a 6.5-inch Full HD+ AMOLED display with support for a 144Hz refresh rate, DCI-P3 color gamut, and HDR10+ for the 10-bit panel. Although the display is slightly smaller than the Moto Edge 30 Pro’s 6.7-inch screen, you will still get the higher refresh rate support.

The device features a 32MP selfie snapper with pixel-binning technology at the front and a triple-camera setup at the back. This includes a primary 50MP main camera with All-Pixel Auto Focus and OIS, a 50MP ultra-wide lens with a 118-degree FOV, and a 2MP depth sensor for portrait shots. There is also support for different camera modes like Dual-Capture, Slow Motion, Face Beauty, and more.

Under the hood, the Moto Edge 30 packs the Snapdragon 778G+ SoC, which was launched as a souped-up version of the Snapdragon 778 chipset for affordable 5G devices late last year. The chipset here is paired with 8GB of RAM and up to 256GB of internal memory with no support for storage expansion. There is also a 4,020mAh battery with support for 33W fast charging inside the device. It runs near-stock Android 12 with Motorola’s My UX 3.0 skin on top.