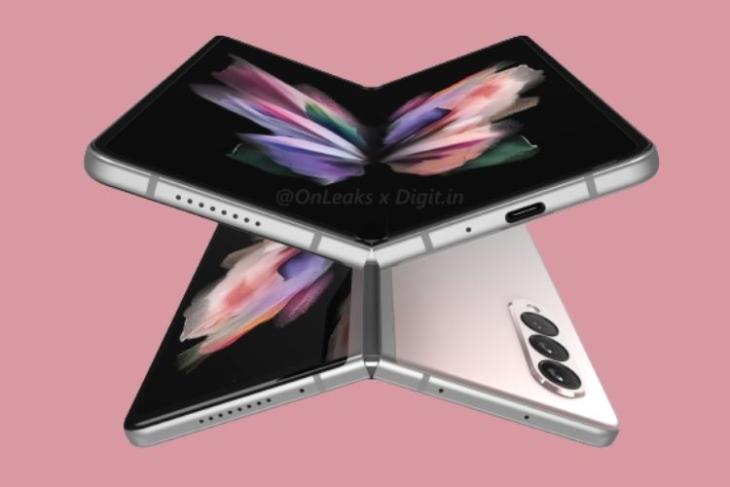 After launching the Galaxy Z Fold 2 in India last year, Samsung is aiming to release its much-anticipated successor – the Galaxy Z Fold 3 in the coming days. We have already seen a bunch of rumors and renders of this foldable over the past few weeks. And now, more renders showcasing the Z Fold 3 in all its glory have surfaced online.

The high-resolution Galaxy Z Fold 3 renders come from India-based publication Digit in collaboration with reputable tipster OnLeaks. They show the Z Fold 3 from many angles. Moreover, it provides some key information about the device’s dimensions and features. 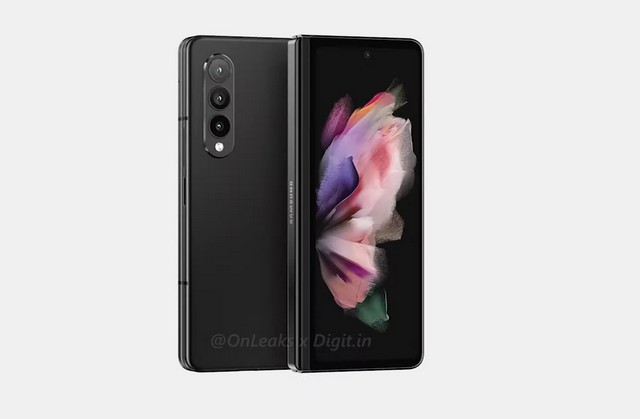 Furthermore, Digit’s report mentions that Galaxy Z Fold 3 will feature an in-display front camera on the inside. It will reside underneath the primary display panel to offer users a truly bezel-less display without any notch or punch-hole cutouts. The outer display, on the other hand, will feature a punch-hole cutout to house the selfie snapper.

Another report from 91Mobiles shows renders of the different color variants of Z Fold 3. The device will reportedly come in three color variants, which include a gradient-pinkish model, a navy green-colored variant, and a black variant. Moreover, the device is expected to feature a matte-finish back panel, instead of a glossy one. You can check out these color variants right here.

As for the specs and features, the Samsung Galaxy Z Fold 3 will feature a 7.55-inch primary AMOLED display with support for a 120Hz refresh rate. It also has a 6.23-inch outer display. The device is rumored to come with S Pen support and will most likely be powered by a more powerful Samsung Exynos chipset than the existing Exynos 2100 SoC, which powers the Galaxy S21 series.

So, it is very much possible for Samsung to pack the upcoming Exynos CPU with an AMD GPU, which we recently saw beat Apple’s A14 Bionic chipset in a graphics benchmark test.

Turning to the optics, the device will pack a triple camera setup housed inside a vertical module at the back, and it looks clean. Unfortunately, there is no information about the specifics of the lenses as of now.

As there are no more details available for now, we suggest you take the leaks with a grain of salt. We can expect more information about the Z Fold 3 key specs and features to show up ahead of its expected launch sometime in August.