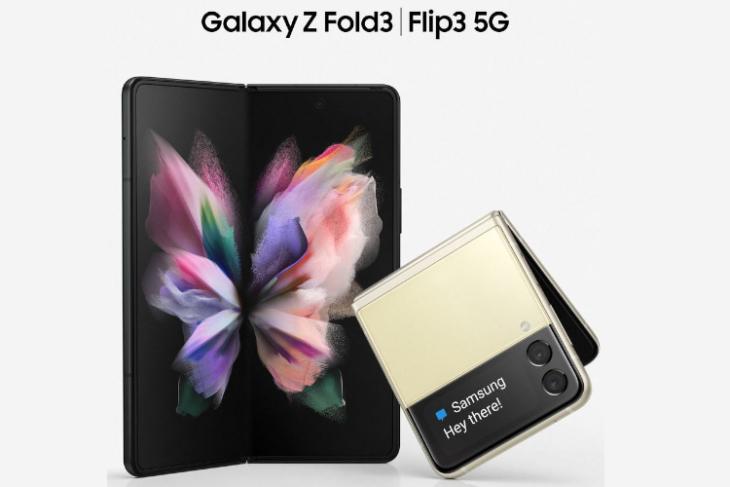 While everyone was busy with the Windows 11 launch event last night, reliable tipster Evan Blass took to Twitter to share a couple of official-looking renders of Samsung’s upcoming foldables – the Galaxy Z Fold 3 and Galaxy Z Flip 3 5G.

Evan Blass shared the renders in response to a Twitter user’s tweet. Minutes later, he also revealed the Z Fold 3’s render with S Pen. From the renders, it does look like the Z Fold 3 will carry the legacy of the Note series forward. The images tease the Z Fold 3 in Black color and the Flip 3 in Gold color variant. Check out the renders below, courtesy of evleaks:

If you take a closer look at the Z Fold 3’s render, you will notice that the S Pen has the text “Fold Edition” etched on it. This also corroborates previous rumors suggesting that Samsung will add S Pen support to Galaxy Z Fold 3. It remains unclear if the Z Fold 3 will have a dedicated slot to house the S Pen. Chances are, it will be an optional accessory that will require a dedicated case.

Another tidbit in the Z Fold 3 render is with respect to the Under Display Camera. In case you are out of the loop, the Z Fold 3 is rumored to sport an under-display camera sensor, making it the first foldable with this technology. However, the render Evleaks has shared shows a prominent front camera. Since this is a leaked render, it’s hard to draw a solid conclusion on that aspect.

Moving on to Z Flip 3, there’s not a lot to talk about from the leaked image. We see that the clamshell foldable now has a large outer display with a two-tone aesthetic. Plus, the cameras are now vertically stacked next to the cover display. According to another tipster Jon Prosser, Samsung will unveil the next generation of its foldables devices on August 3, so stay tuned for more updates.

Samsung Unveils Pokemon Edition of the Galaxy Z Flip 3; Check It out Here!