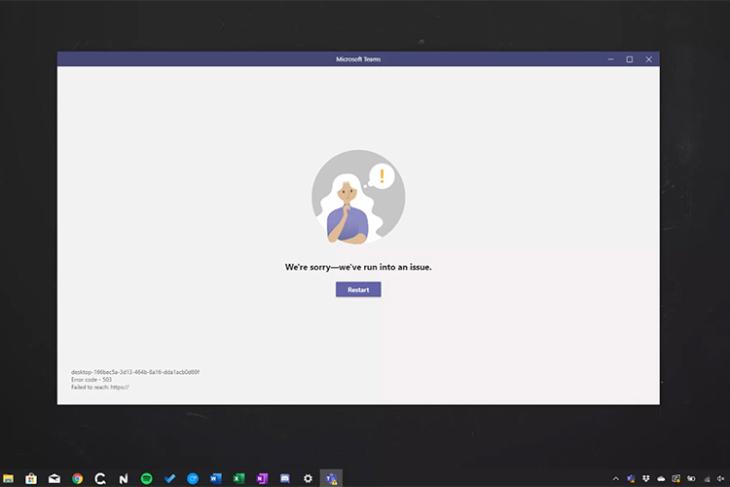 Microsoft’s Slack competitor, Teams (which recently debuted on Linux as well), reportedly went down earlier today after the company forgot to renew a security certificate for the service. The company has since confirmed the unplanned outage of the service, and that they have successfully deployed a fix for it.

Users trying to sign in to Microsoft Teams had to face errors with the service for almost three hours, starting just around 9AM eastern time. The company soon released a statement on Twitter saying, “We’ve determined that an authentication certificate has expired causing users to have issues using the service. We’re developing a fix to apply a new certificate to the service which will remediate impact.”

We've determined that an authentication certificate has expired causing, users to have issues using the service. We're developing a fix to apply a new certificate to the service which will remediate impact. Further updates can be found under TM202916 in the admin center.

According to The Verge, the Redmond giant started rolling out a fix around 11:20AM, and successfully deployed it for most users by 12PM. The company also confirmed at 4:27PM eastern time that the fix was deployed.

While this outage was the result of a relatively minor error, it’s a pretty big deal for Microsoft, who has been touting its Office 365 products for enterprise and business consumers. Microsoft Teams competes directly against Slack for team discussions and collaborations, and as such ended up making a case for using Slack at work by its own mistake. As also pointed out by The Verge, the mistake is an even bigger surprise, and also ironic, considering the Redmond giant develops software such as the System Center Operation Manager which monitors for issues like certificate expiration.