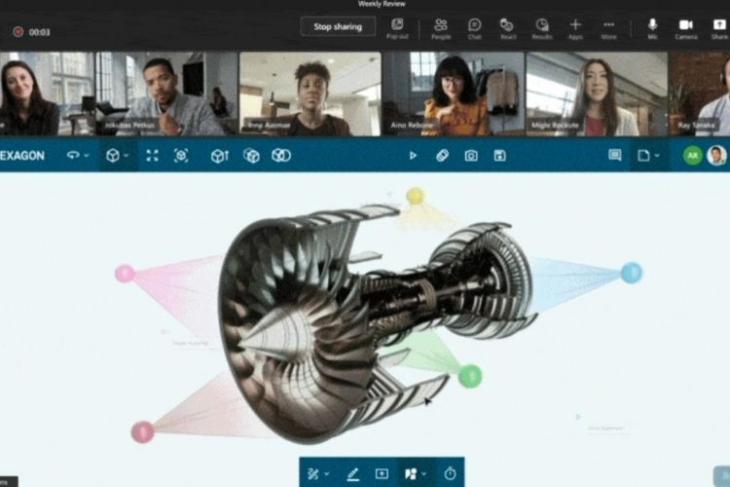 Microsoft, at its 2022 Build developer conference, has announced various new features for Microsoft Teams. While most new updates are for the developers to take note of, one thing that might intrigue users is the Live Share feature. Here’s a look at the new feature and more Teams-related updates.

Firstly, Microsoft Teams will get a Live Share feature, which will allow users to edit, create, and do loads of things together with the participants at the same time. This is an extended capability of the screen-sharing feature, which only allows users to show their screens to others.

The Live Share experiences are based on the Fluid Framework and the Azure Fluid Relay to sync these tasks in real-time. This functionality will be initially adopted by Frame.io, Hexagon, Skillsoft, MakeCode, Accenture, Parabol, and Breakthru. Developers can also use preview extensions for the Teams SDK to extend Live Share experiences to other apps.

The company has also announced the general availability of the Fluid Framework and the Fluid Relay for others apps to create Live Share experiences. This is expected to be made available in mid-2022.

There’s an interesting change for the developers, which is to provide a freemium experience to users in a Teams app by adding some paywalled features for the in-app purchase functionality. This is now available.

Developers can now create Loop components based on Adaptive Cards across Microsoft 365 apps. Zoho Projects is the first one to use these Loop components and the Developer’s private preview for this will start in June 2022.

There are loads of new changes for developers, including the availability of the Teams SDK for developers to make apps for Teams, the availability of the Teams Toolkit for Visual Studio, VS Code, and command-line interface (CLI), and more. Further, more collaborative apps for Microsoft Teams have been announced. These include the MURAL app, the Observable app, SAP S/4HANA operational purchaser chatbot, ServiceDesk Plus Cloud app, and Figma. These should be available soon. To know more about what Microsoft has announced for the developers, you can check out its official blog post.