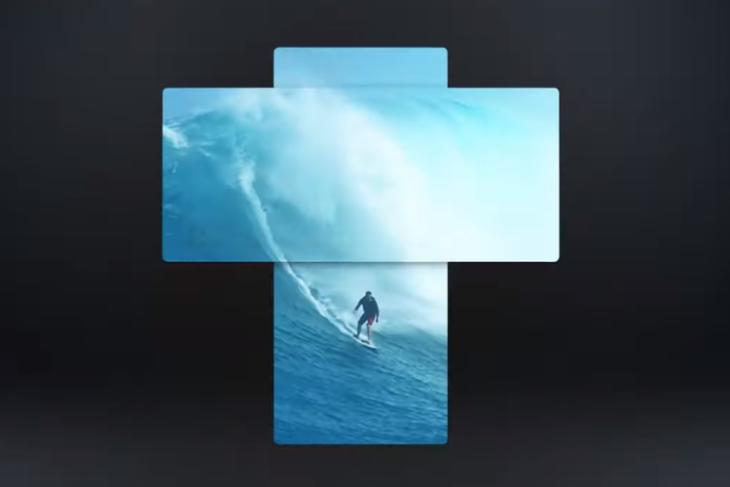 Putting an end to the leaks and rumors, LG has confirmed the launch date for its first-ever dual-screen phone – LG Wing. The company has offered a dual-screen accessory with its phones over the past year. But, LG Wing will include a swiveling mechanism to reveal the second screen, which we will be able to see in action on 14th September.

The Korean giant has published a teaser video, which not only reveals the launch date but also gives us a sneak peek at the swiveling mechanism. We’ve already come across leaks for the LG Wing, which show maps and music or games running simultaneously on each screen. The leak shows off a smaller screen that sits parallel to the device in a horizontal setting.

In an official blog post, LG states that the upcoming smartphone will be part of a new initiative called the Explorer Project. This will introduce a new product category for the Korean giant, one that will address ‘the diverse usage needs of today’s smartphone customers’ and offer them exciting new innovations.

You can see how the LG Wing will look like in real-life in the image attached below. It includes a secondary screen, which can be rotated 90-degree horizontally to offer a T-shaped dual-screen experience to the users. You can continue to play games or watch videos on one screen while keeping an eye on the direction on the secondary screen.

The company has also partnered with Rave, Ficto, Tubi, and Naver to develop unique features for LG Wing. While Naver is developing a customized version of its browser for the LG Wing, Rave and Tubi will allow users to stream content on the move. The swiveling dual-screen concept sounds super cool and it will be interesting to see the additional features LG brings to the table.