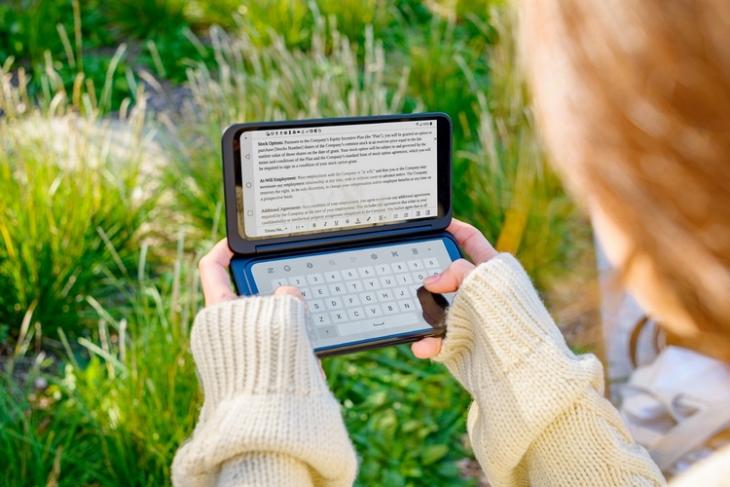 While other phone makers are currently experimenting with foldable phones, LG has been bundling a dual screen accessory to emulate a similar experience. The Korean giant is now expected to debut a new dual-screen experience in the next few months. LG has been rumored to be working on a new phone, called LG Wing, with a rotating secondary display.

Thanks to the folks over at Android Authority, we’ve got our first look at the LG Wing. It takes me straight back to early 2010s when flip or rotating phones were all the hype. The short video shows LG Wing mounted on a car’s dashboard. We also get to see the rumored primary 6.8-inch screen (vertical) showing the map and the 4-inch screen (horizontal) playing music.

This is just one of the use cases for the rotating secondary screen aboard LG Wing. It could turn out to be a boon for live streamers, who can play and broadcast games via the primary screen. Users could use the second screen to keep an eye on the chat and donations. LG might be able to carve a niche here if the ‘Wing’ (or whatever it will be called) is marketed the right way.

Though the video does not show how the rotating mechanism will work. There are a lot of unanswered questions. Where does the smaller secondary display tuck in? How does the camera system work? Can we run any app on the second display? We will learn the answers to all these questions very soon.

The alleged LG Wing is also said to have recently shown up on Geekbench. The device will be powered by the Snapdragon 765G chipset, the same as the LG Velvet that replaced the popular G-series earlier this year. It carries the model number LGE LM-F100N and is expected to arrive with at least 8GB of RAM and Android 10 out-of-the-box. You can see the Geekbench score (via MSP) for the LG Wing attached below: 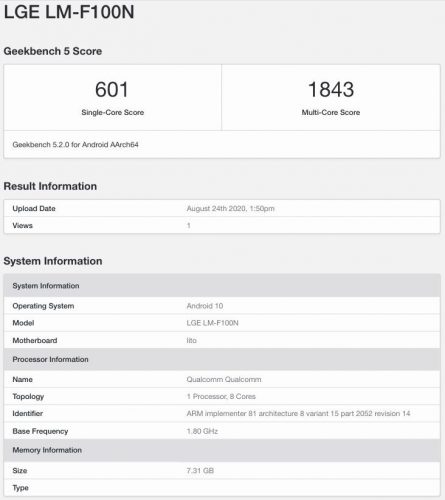 There is currently no informatiion for when the LG Wing will be unveiled. The video and Geekbench listing, however, point to a launch in the next couple of months. The company has been experimenting with dual-screens for quite some time now. It will certainly be interesting to see whether LG can attract eyeballs to a rotating screen – similar to phones from early 2000s.